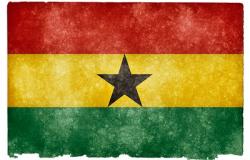 Weak States are more vulnerable to civil wars and conflicts and as a continent, Africa has demonstrated a significant level of state fragility. As at the early 2000s, about thirty countries or 65% of all states in sub-Saharan Africa have experienced some form of an armed conflict since independence. Goran Hyden declared that “in 1999, a fifth of all Africans lived in countries battered by war.” As frightening as it may seem, Ghana has carved a relatively peaceful democratic development but this trend is on the verge of being disturbed because rebel movements and insurgencies – a major denominator of African civil conflicts – are building up and the government is pampering them. Although plans of the Ewe ethnics (occupying the easternmost part of Ghana) for independence, or at least, a reunification with kindred in Togo are historical, the first time I heard of an insurgency related to them was in early 2019 during a brief stop in the country from a conflict-related research work in Sierra Leone and Liberia.

Insurgency activities of two prominent independence organizations – Western Togoland Restoration Front (WTRF) and the Homeland Study Group Foundation (HSGF) – have increased in the area referred to as Western Togoland – the territory wedged between Lake Volta and the Ghana-Togo border. The WTRF unilaterally proclaimed independence of Western Togoland on 1 September 2020. On 25 September, the insurgents blocked major roads in the region amid burning tires, stormed and stole weapons from police armory and asked all security forces to leave the region. Three officers were held hostage until freed after a shootout with security forces. 31 insurgents were arrested and one killed. They attacked a bus terminal in the regional capital, burning one vehicle and damaging another on 29 September. The WTRF claims of about 4000 fighters and on 24 September, published photos of graduation ceremony for about 500 personnel who had reportedly completed months of training. 81 members including the leader of HSGF were arrested but charges were dropped.

What is the repercussion of a state’s failure to recognize early counter-insurgency? How should a weak state like Ghana respond to insurgency development? I argue that Ghana’s posture and dealing with recent insurgencies is resonance of pampering, and that, an appropriate response strategy at rebels’ period of vulnerability (early stage) is effective repression, or else, rebels become strengthened with time and space. Rather than paying lip service, rebels should be sought for and crushed completely without consideration to any form of negotiation.

Rebels rebel out of a demand and a government has two policy options to respond to the demand. It can choose to either accommodate or repress. Insurgents themselves do not expect to be accommodated at their onset and this why they hide their activities and choose rebellion over non-violent approach because non-violent means such as petitions, negotiations and lobbying are likely to be costly.  Government also attempts to avoid cost by subjecting policy choices to rational cost-benefit calculation. Accommodating rebels demand whiles they’re still infant would signify the state’s weak resolve and this would open the floodgate for other aggrieved or greed people to stake claims. Moreover, insurgents may interpret early accommodation as an appeasement and would whet their appetite to ask for more. Thus, it will serve governments well to avoid accommodation and choose early repression.

Although the state claims monopoly over the legitimate use of force within a territory, many states are not able to maintain dominance over armed power due to their lack of capacity. Nevertheless, the basic point that needs to be made about rebel movements is that, they start off militarily weaker relative to the state they are fighting against no matter how weak the state is. Rebels start rebellion with the hope that they will grow with time, either through external support or internal self-strengthening. If they are not defeated at this period of vulnerability, a negative correlation is developed where the prospect of government victory diminishes with time while simultaneously increases rebels’ capabilities and chances of success, or at least, ability to obtain concessions. To defeat rebels at this stage, a state must be able to identify potential fighters through its domestic agencies and apply coercion because “if government forces knew who the rebels were and how to find them, they would be fairly easily destroyed or captured. This is true even in states whose military and police capacities are low.” Thus, rebels’ survival beyond the period of vulnerability is a function of government’s willingness and desire to apply effective repression.

How do rebels grow with time? Rebels can exist for many years and remain weak and in some cases die out of internal dissolution or target elimination if they receive no external support or are not able extract domestic resources.  In this piece, I focus on two aspects of external support. During the Cold War, superpowers used rebels’ sponsorship as a key instrument of foreign policy. The US and USSR backed and supported various rebel movements against regimes they saw as enemies. After the Cold War, contiguous states have constituted the majority of external support for rebels in what I have referred to in other writings as “unholy alignment” – unnatural and mostly temporal cooperative relations external states build with rebels. Although some states may degenerate and terrorize their own citizens more than rebels do, I consider states and rebels as unlike units on the basis of sovereignty and international recognition, making their relationship an unholy alignment. Data exist to show that majority of all rebel groups active since 1945 explicitly or implicitly received foreign support. Out of the 74 rebels’ active since 1991, 44 of them were believed to have received external state support that strengthened them to initiate and sustain conflict and in some cases achieved victory. Rwanda, Uganda, Zimbabwe, Angola supported rebels in Democratic Republic of the Congo that resulted in Congolese civil war. Chad supported rebels in Sudan and Central Africa Republic, Sudan did same in Chad and Ethiopia, India and Pakistan support each other’s rebels, Gadhafi’s Libya supported rebels far and near.  Examples are countless.

Over the years, Diasporas – immigrant communities established in foreign countries – have also played important role in creating and sustaining insurgent movements. The advancement of telecommunication and spread of social media make it easier for former schoolmates and ethnics living abroad to reconnect and share issues of mutual concern. Where they cannot fight themselves, their monetary contribution are crucial for arms purchase, fighters’ motivation, feeding, and training. In some cases, they help rebels to establish diplomatic relations. For example the Liberation Tigers of Tamil Eelam (LTTE) of Sri Lanka depended hugely on the contribution of Tamils abroad, the Kurdish Workers Party (PKK) had long relied on the fundraising efforts of Kurds in Germany, and Palestinian movements including the Palestine Liberation Organization (PLO) all utilized this method. Diasporas supports are increasingly becoming important because they’re more reliable as rebels do not lose any form of autonomy unlike external state support does. Diaspora supports are mostly influenced by ethnic inclination and the concept of homeland. Diasporas support because they most often feel a sense of sympathy for their families back home and guilty that they are safe while their parents and siblings at home are not. Whiles contribution and fundraising are usually voluntary, rebels may apply coercion by threatening Diasporas’ themselves or families at home if contributions are not forthcoming. They are instrument of propaganda for rebels in the West: the ethnics are innocent victims of government neglect and brutality and only the rebels can deliver them from such injustice.

Among all external supporters including wealthy individuals and Diasporas, state provides the most significant support and remain the most active supporter of insurgents although Diasporas support maybe more reliable. Providing a safe haven for rebels to recruit and train is essential and only a state can provide it. If rebels have sanctuary where they can hide from government capture, hit and run will be easier and their activities will grow. Money is no doubt also important form of support needed for rebel operationalization and sustenance. In some cases, states directly use their military to aid rebels in either training or fighting. Chad supplied Sudanese rebels with military equipment captured from its rebels. Chadian rebels attempted coup d’état on April 2006 included Sudan military forces and weapons. Training is valuable especially during rebels’ period of vulnerability but overtime they learn to train themselves.

In most cases, states are motivated to support for geopolitical reasons and when ethnicity and culture are involved, support becomes more reassuring. Togo and to some extent, Benin, Burkina Faso or Ivory Coast, may support rebels in Ghana’s Volta Region to gain local or regional influence. No matter how strong Ghana may appear to be in relation to each of these countries, rebels support could be used to gain a competitive advantage in the neighborhood.  Rebels support thus becomes a war by other means, a strategy to confront one’s international enemy since conventional military warfare has become costly and likely to attract international condemnation. Ghana’s neighbors, particularly Togo, could exploit WTRF and HSGF to weaken and destabilize the country. Using rebels as a medium of destabilizing can be effective because in any case, the targeted state (Ghana) would need to spend considerable economic resources which are already limited to deal with rebels and the domestic unrest they present. The more rebels are allowed to grow and become formidable, the more weakened the economy would be as a result of increased resources on rebels control.

Today, Ghana might be at peace with neighbors but in the conduct and practice of international relations, interest always prevails, domestic regimes change, nothing is certain and one cannot predict what another may want or what kind of grievance against each other may erupt tomorrow.  Ghana can control what happens internally especially crushing rebels in their infancy but cannot control which regime comes to power in Togo and what that regime may want. Ghana has had issues with some governments of Togo in the past concerning this secession. Former Togolese presidents Sylvanus Olimpio and Gnassingbé Eyadéma had voice support for the separation of Western Togoland from Ghana and reunification with Togo prior to the 1970s. This is not to say that Togo will support Ghanaian rebels but it is to say that over a long period, support is not unlikely especially as ethnic issues are involved.

Ghana’s government claim to be dealing with it as the vice president declared “the area today they call Western Togoland must be a figment of their imagination. It does not exist. There is no legal basis for their claims. No negotiations! With those criminals?” Of course, as terrorism is a subordinate dimension of insurgency, states hope to avoid negotiation with terrorists because negotiation reward terrorists for violent behavior as well as due to terrorists’ inability to form credible commitments, a distrust that they will honor their promise.  In dealing with rebels, it is not about what you say after they strike but what you do to them at the period of calm because they are preparing to come hit and run. It must be advised that repression strategy would be more appropriate at this early stage of rebels’ growth. It can effectively use repression only at this stage of rebels’ vulnerability and if it pays lip service and allows this period to pass, it will have no choice than to accommodate which would involve some unpalatable political and economic costs.

Thomas Ameyaw-Brobbey is an Assistant Professor of International Relations, Diplomacy and Security at the Faculty of Law and Public Administration, Yibin University, Sichuan, China.