The Double Threat to Liberal Democracy 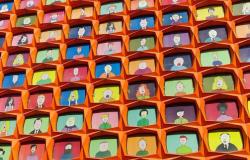 Illiberal democracy – or populism – is not the only political menace confronting Western countries. Liberal democracy is also being undermined by a tendency to emphasize “liberal” at the expense of “democracy.”

The crisis of liberal democracy is roundly decried today. Donald Trump’s presidency, the Brexit vote in the United Kingdom, and the electoral rise of other populists in Europe have underscored the threat posed by “illiberal democracy” – a kind of authoritarian politics featuring popular elections but little respect for the rule of law or the rights of minorities.

But fewer analysts have noted that illiberal democracy – or populism – is not the only political threat. Liberal democracy is also being undermined by a tendency to emphasize “liberal” at the expense of “democracy.” In this kind of politics, rulers are insulated from democratic accountability by a panoply of restraints that limit the range of policies they can deliver. Bureaucratic bodies, autonomous regulators, and independent courts set policies, or they are imposed from outside by the rules of the global economy.

The European Union perhaps represents the apogee of this tendency. The establishment of a single market and monetary unification in the absence of political integration has required delegation of policy to technocratic bodies such as the European Commission, the European Central Bank, and the European Court of Justice. Decision-making increasingly takes place at considerable distance from the public. Even though Britain is not a member of the eurozone, the Brexiteers’ call to “take back control” captured the frustration many European voters feel.3

The United States has experienced nothing quite like this, but similar trends have made many people feel disenfranchised. As Mounk notes, policymaking is the province of an alphabet soup of regulatory bodies – from the Environmental Protection Agency (EPA) to the Food and Drug Administration (FDA). Independent courts’ use of their prerogative of judicial review to promote civil rights, expand reproductive freedom, and introduce many other social reforms have encountered hostility among considerable segments of the population. And the rules of the global economy, administered through international arrangements such as the World Trade Organization (WTO) or the North American Free Trade Agreement (NAFTA), are widely perceived as being rigged against ordinary workers.

The value of Mounk’s book is to highlight the importance of both of liberal democracy’s constitutive terms. We need restraints on the exercise of political power to prevent majorities (or those in power) from riding roughshod over the rights of minorities (or those not in power). But we also need public policy to be responsive and accountable to the preferences of the electorate.

Liberal democracy is inherently fragile because reconciling its terms does not produce a natural political equilibrium. When elites have sufficient power, they have little interest in reflecting the preferences of the public at large. When the masses mobilize and demand power, the resulting compromise with the elites rarely produces sustainable safeguards to protect the rights of those not represented at the bargaining table. Thus, liberal democracy has a tendency to deteriorate into one or the other of its perversions – illiberal democracy or undemocratic liberalism.

In our paper “The Political Economy of Liberal Democracy,” Sharun Mukand and I discuss the underpinnings of liberal democracy in terms similar to those Mounk uses. We emphasize that societies are divided by two potential cleavages: an identity split that separates a minority from the ethnic, religious, or ideological majority, and a wealth gap that pits the rich against the rest of society.

The depth and alignment of these divisions determine the likelihood of various political regimes. The possibility of liberal democracy is always undercut by illiberal democracy at one end and what we call “liberal autocracy” at the other, depending on whether the majority or the elite retain the upper hand.

Our framework helps to highlight the fortuitous circumstances under which liberal democracy emerges. In the West, liberalism preceded democracy: separation of powers, freedom of expression, and the rule of law were already in place before elites agreed to expand the franchise and submit to popular rule. The “tyranny of the majority” remained a major concern for elites, and was countered in the US, for example, with an elaborate system of checks and balances, effectively paralyzing the executive for a long time.

Elsewhere, in the developing world, popular mobilization occurred in the absence of a liberal tradition or liberal practices. Liberal democracy was rarely a sustainable outcome. The only exceptions seem to be relatively egalitarian and highly homogeneous nation-states such as South Korea, where there are no obvious social, ideological, ethnic, or linguistic divisions for autocrats of either kind – illiberal or undemocratic – to exploit.

Today’s developments in Europe and the US suggest the vexing possibility that liberal democracy may have been a passing phase there as well. As we rue liberal’s democracy’s crisis, let us not forget that illiberalism is not the only threat that confronts it. We must find a way around the pitfalls of insufficient democracy as well.

This post first appeared on Project Syndicate and was reposted with permission.