GLI at the G7 - Do you love Sake?: Cultural Promotion and G7 Politics

Media Centre - G7 Ise Shima Summit. With global leaders set to meet to discuss pressing world issues such as economic prosperity and climate change, the Media Centre opened as the hub for reporting and analysis. Hype and expectation surrounds the centre, but for the Japanese hosts, it offers the opportunity to showcase their products and culture. Japanese products are pushed upon Western attendees with clearly little expense spared. As Western journalists try Japanese products, local journalists gather eagerly to hear the opinion of the foreign press. Questions like… “Do you love Sake?” “Is Sake the best drink?” “What’s the taste like?” are just some examples of the questions echoed in relation to this famous traditional Japanese drink. And this is just one area in which the Japanese hosts are anxious to receive foreign judgement. For similar questions were asked of sushi, miso soup, green tea, Japanese electronics, and some jelly thing that defies description. 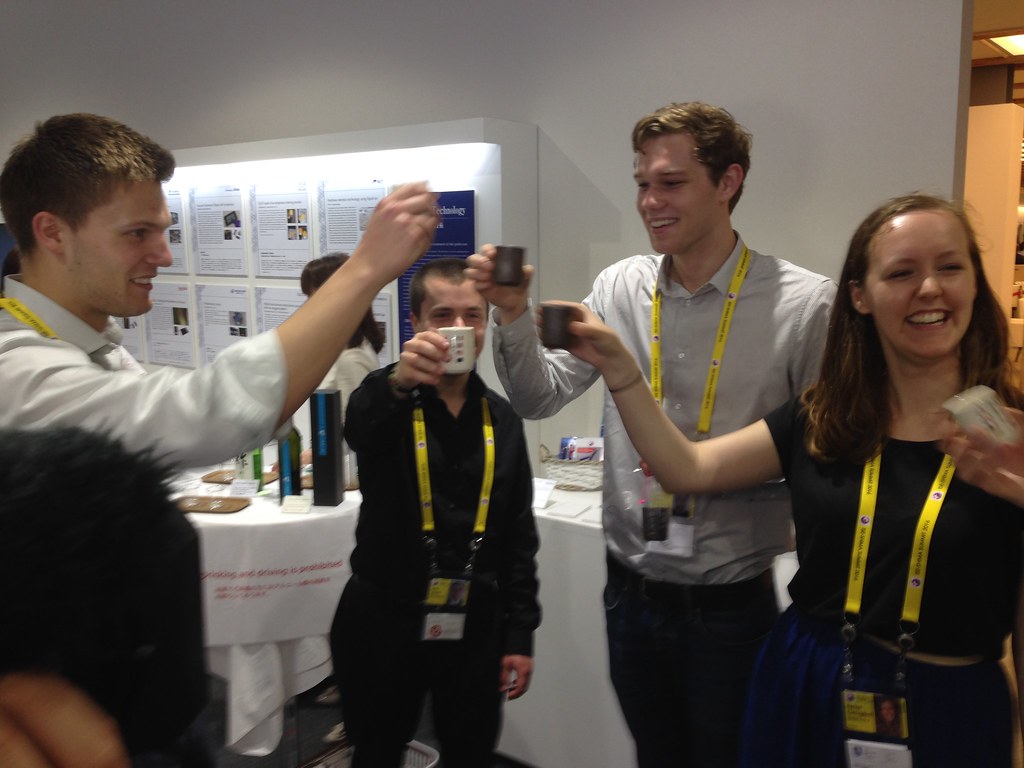 Yet, what does the question “Is Sake the best drink?” actually mean? Is it seeking to know whether it is the ‘best drink’ in world? Or in Japan? The standard response, including our own, was that Sake is “delicious”, and this was met by Japanese reporters with smiles and looks of great satisfaction… resulting in local reporters frantically jotting down our one word response. This was again repeated for television cameras, where microphones were thrust into the faces of foreign journalists so as to capture the all-important verdict.

This trend of summit hosts placing emphasis on cultural promotion is a prevalent theme at any G7/G8 and G20 summit. However, in contrast to last year’s German G7 Summit, which had only a couple of local reporters interested in how Bavarian style hospitability was received, this year the number of Japanese reporters was significantly higher and the event seemed to have a much stronger patriotic feel and sense of national pride. This could be explained by the fact that Germany often downplays its nationalism in favour of promoting a more European outlook. Or, it might be explained by the fact that the political atmosphere in Japan has witnessed something of a revived patriotism. Or, perhaps down to the fact that the German media assumes most people are familiar with their cultural products (Beer, sausage, Schnitzel and BMW) whereas the Japanese media doesn’t.

Whatever the explanation, the promotion of cultural products at these summits does raise an interesting question. Namely, does this kind of cultural showcasing really produce the desired results of product promotion beyond boarders? Do they really ‘capture’ new customers that will return to Japan for a second taste? Certainly part of the logic of showcasing cultural goods is to improve local tourist figures by attracting new product ‘fans’ as well as to create markets for exports. Furthermore, there is also little doubt that at the national level the aim of promoting one’s country is to ‘out-do’ the offerings of past summits.

However, when examined further, the recent Japanese summits in Okinawa in 2000 and the Hokkaido-Toyako Summit in 2008 failed to deliver convincing evidence that such results follow summit cultural promotion. This is specifically the case after Okinawa, where official statistics indicate that tourist figures fell during the summit – where in July and August 1999 respectively, 440,700 and 522,600 tourists visited Okinawa while in July and August 2000 respectively this figure dropped to 340,100 and 496,800. The likely explanation is linked to the security measures, which would expectedly deter the usual tourists. Yet the numbers remained fairly flat post-summit, where although the numbers recovered slightly in July and August 2001 (to 453,300 and 557,000 respectively), the growth expected from summit coverage was hardly substantial enough to suggest that cultural showcasing is good for local products or destination profile. Similarly, statistics suggest that the Hokkaido-Toyako summit did little to halt a decline in tourist numbers in Tokyo, which had begun prior to the summit and was only reversed in 2012. Although this is most likely due to the financial crisis, which hit the tourist industry globally, the statistics remain consistent with global figures, suggesting that the summit did not give Tokyo a competitive edge with those tourists travelling post-2008.

As a result, the logic that cultural promotion at summits is good for business is not born out significantly enough to suggest such a link. However, and what is most likely the case, there remain clear arguments about how it promotes national pride and a sense of patriotism. This was certainly the case when we were asked ‘is Sake the best drink’ and there is little mistaking the look of pride on the faces of Japanese journalists as we affirmed that the Sake was ‘delicious’ (which it was). Furthermore, for us foreigners, the exposure to new and different products certainly has an intrinsic worth, for it increased our sense of appreciation for Japan and the wonders it has to offer.

Nevertheless, there are crucial implications to consider regarding what these sorts of cultural exposures do to global summitry writ large. In particular, the media emphasis on showcasing cultural products does take valuable media exposure time away from real issues that any summit is actually meant to discuss. This is because for every minute policy experts are covered drinking sake to the delight of the Japanese media, it is another minute in which the key issues that face Japan and the global community as a whole are sidelined. The consequence of this is that the public’s exposure to important and pressing issues is greatly diminished while the mundane is highlighted and featured. This no doubt has a knock-on effect on political public awareness, their motivation for political engagement, their ability to hold the summit to account, and in how the public demands for more effective action in the face of global collective action problems. In this regard, although ‘we love sake’, it shouldn’t be the only drink available on the menu.