Education for Digital Citizenship is in Vogue, but is it Dominated by a New Commercial Landscape? 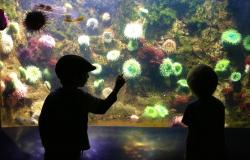 The impact of new technology on children and new forms of media is a constant area of concern among policy makers and educators (as well as among parents!) During US-based ‘Digital Citizenship Week’ LSE visiting fellow Ioanna Noulaaddresses the idea that children need education in the concept of ‘digital citizenship’ and explains how current approaches might be lacking.

“Citizenship is in the making and not a safe possession of empiricists or normative theorists” (Van Gunsteren, 1988).

Over the past decade, digitalisation and artificial intelligence have been seismically re-organising the socio-political landscape, generating new hopes and fears and producing new risks along with unique opportunities. In this context and specifically within the limits of education, the neologism “digital citizenship” has become a catchphrase to accommodate adult concerns regarding children’s relationship with new media and its impact on children’s development, learning abilities and successful socialisation.

The notion of digital citizenship has become a particularly popular concept in the education community and has been widely endorsed by influential organisations in the fields of education, children’s advocacy and media literacy. Against the backdrop of general lack of digital understanding in the pivotal sector of basic education, research “air-gaps” are filled by digital citizenship quasi-experts who leverage their digital skills and expertise and their professional relationship with education to attend to legitimate adult anxieties over children’s well-being.

Although digital citizenship remains a largely contested concept in academic research and debate, the education sector appears to be widely adopting skills-based definitions and practical approaches to the concept. The emergence and prevalence of these technocratic definitions of digital citizenship is due to their ‘user-friendly’ character. Such definitions prevail in the realm of education because they offer palpable and comprehensible instructions, promising to enable teachers and parents to deal with their concerns around digitalisation while evangelising a digital utopia.

The most representative and popular account of education for digital citizenship has been produced by Mike Ribble, “the godfather of digital citizenship”, in his book Digital Citizenship in Schools. I would argue that Ribble’s “nine elements” definition of digital citizenship education and the extensive adoption of his ideologically driven conceptualisation has a detrimental effect on discussion. Ribble’s definition is problematic in that it assumes the “neutrality of technology” and spotlights issues of “appropriate use” and “user responsibility,” which contribute to a lack of attention to the responsibilities of the tech sector, and keeps corporate practices off the accountability grid.

Ribble’s and other similar top-down definitions “garnished” with techno-utopian narratives and abounding with concern about children’s welfare have created a new market of consultancy and conferences. In turn, this market establishes the authority of these approaches, through systematic dissemination and engagement with education stakeholders. Self-proclaimed digital citizenship experts branded as “digital citizenship consultants” or “digital citizenship speakers” speak with fervent enthusiasm about the potential of the digital to create a global village of kindness and creativity that resonates with the narratives of Facebook’s Manifesto.

The case of the Digital Citizenship Institute. Business or welfare?

The commercial character of the Institute is communicated through the use of catchy slogans (i.e. “act Locally, think Globally”, “from the classroom to the boardroom”, “be safe, savvy and ethical”) and manifests in the kinds of services provided including consultancy, teacher certification, curriculum development, keynoting opportunities. Unholy alliances with edtech providers of controversial services demonstrate an unprincipled view of education.

Although children are placed at the forefront of the Institute’s marketing strategy, its mission is clearly underpinned by a condescending deficit model of childhood (children seen as vulnerable beings and in need of protection) and an outdated understanding of children’s citizenship (children as “citizens in waiting”).

Since its inaugural event in 2015, the DigCitSummit has been one of the most eminent events with an exclusive focus on digital citizenship education. The 2016 summit, hosted at Twitter’s Headquarters, was a landmark event that contributed to the wide recognition and increased authority of the Digital Citizenship Institute. This year’s event was backed by unusual sponsors including the controversial multinational group IKEA or the odd sponsor “Pappy’s Smokehouse” (!).

With emphasis on examples of best practice and individual experiences rather than research evidence, “Digcit” advocates often depart from an unchecked enthusiasm about tech. This techno-hype which is matched by the vocal championship of self-evident civic and educational values (goodness, empowerment, positive and proactive attitudes and ethical behaviours) is obscuring the  mission of education to promote democratic citizenship. Proponents of digital citizenship misrepresent traditional concepts for education including critical thinking and empowerment, fuelling the neoliberal character of contemporary education systems.

The lack of digital understanding, along with increasing adult concerns around the impact of digitalisation and overwhelmed teachers’ need for solutions, enables the activity of agents that offer quick-fixes.

Digital (?) Citizenship and the tradition of democratic education

In contrast to their stated commitment to empowering young people in the digital age, “9 elements” type digital citizenship definitions encourage a compliant model of citizenship which transposes responsibility to citizens, focusing on “ethical and responsible use”.

I have identified three key implications of the proliferation of these deeply ideological approaches to digital citizenship:

Considering education as the cradle of democracy and the custodian of collective social values, it is important to examine the costs and benefits of the introduction of tech in pedagogical spaces. To this end, critical literacies that address more than technical skills and competence should be considered. Decisions and policy for education should be made in light of persuasive empirical research and evidence, rather than relying on wishful thinking. Truly empowered citizenship is the outcome of robust critical literacies that enable individuals to be self-reliant, resilient and able to engage holistically with their environments, rather than merely functional.

In line with the democratic legacy of the western world, citizens of the digital world should have a say in the shaping of their lifeworld and be able to participate in ways that are meaningful to them in order to determine their sociocultural universe. Contemporary digitally-enabled citizenship should be founded upon the principles of equitable dialogue and inclusiveness, while also embracing the productive contribution of dissent.

Digital citizenship is a useful concept that can steer public and academic debate drawing attention to the transformations of citizenship in light of the digital disruption. However, the exclusive focus on behaviours and tech skills leaves citizen participation and empowerment out of its scope and significantly limits the potential of education to bring about change.

Dr Ioanna Noula holds a PhD in Citizenship Education. She is a Research Fellow for Childhood and Youth in the School of Education, University of Leeds. During her doctoral studies she explored the concept of citizenship in primary education settings in post-2009 Greece, while fully sponsored by a major EU grant (FP7 2007-2013). She holds an MA degree in Sociology of Education from the UCL Institute of Education. Ioanna has conducted research for award winning projects on global citizenship education and active citizenship in the UCL Institute of Education and LSE’s Media and Communications Department where she holds the position of Visiting Fellow. Her current research focuses on citizenship education, media literacy and contemporary challenges for children and young people including questions emerging from the digital transformation of the social. She has also worked as a teacher in primary schools in Greece and in the UK.