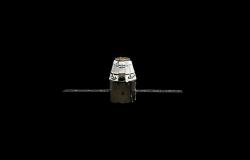 Q1: What are the top five priorities?

A1: The top five priorities are as follows:

Q2: Are these the right priorities?

A2: It depends. On the one hand, these five priorities are a step in the right direction for the newest branch of the Armed Forces and support the national and Department of Defense strategic objectives. As the Greek proverb goes, “society grows great when old men plant trees in whose shade they shall never sit.” In that same spirit, these priorities are intended to serve as the Space Force’s young sapling: “over the next decade, beyond the tenure of any one CSO, Administration, or Congress.” On the other hand, the strategy document is silent on the burgeoning need to also develop an international space security strategy as military competition in this domain increases. With a new Defense Space Strategy and the White House’s policy directive on cybersecurity principles for space systems (SPD-5), policymakers should harness this momentum to articulate the United States’ goals and priorities for an international strategy for space.

Q3: Why is the Space Force developing a plan for gray zone conflict?

A3: Attribution is the backbone of enhancing space domain awareness. Why? Attribution helps illuminate the origin and intent behind concerning space activity; it also helps inform decisionmakers in evaluating proper responses. The Space Force aims to “shrink gray zones” via attribution, deterrence, and other forms of space power, like orbital warfare, space electromagnetic warfare, space battle management, and space access and sustainment.

Q4: Does the concept of “orbital warfare” improve planning or strategy?

A4: Investing in orbital warfare, along with space electromagnetic warfare and space domain intelligence, has the broad potential to improve planning and strategy by bolstering defensive options and offensive capabilities. Orbital warfare refers to “being able to protect and defend our capabilities that reside in the space domain,” said General Raymond. In general, space operations architecture is comprised of three physical segments—the space segment, launch segment, and ground segment. Each of these segments carry vulnerability points adversaries can target to impair overall function. As military competition increases in space, orbital warfare is one way to protect space assets from potential aggressive acts. That said, to help expand cooperation and stability in space, the United States should also begin modernizing an agenda with other spacefaring nations to build consensus on responsible state behavior and what it means to be good stewards of space.

Zhanna Malekos Smith, J.D., is a senior associate (non-resident) with the Strategic Technologies Program at the Center for Strategic and International Studies in Washington, D.C., and a professor of cyber warfare studies with the Air War College.

This first appeared on CSIS and was reposted with permission. The views expressed are those of the authors and do not necessarily reflect the official policy or position of the Department of Defense or the U.S. government.

Image: Pexels (Free to Use)