The Coming Infrastructure Arms Race between the U.S. and China 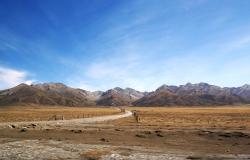 Seth Schindler argues that countries embracing the Belt and Road Initiative may soon be forced to choose between the U.S. and China.

Relations between the U.S. and China continue to deteriorate as a result of America’s imposition of tariffs on Chinese goods. Observers warn that the world is on ‘the cusp of a new Cold War’ and the bi-furcation of the global economy into a multi-polar world order.

While media attention has been focused on tariffs, the next round of U.S.-China conflict is likely to play out in remote areas around the world as they compete to build large-scale infrastructure in developing countries. China’s intentions to build a 21st century Silk Road via its Belt and Road initiative are well established, and its involvement in infrastructure development has provoked significant criticism in the U.S. Francis Fukuyama and colleagues lamented that “the West long ago ceded leadership in this area to China” and at this rate China will soon enjoy a global monopoly. There are signs that this line of thinking is gaining traction in the U.S. and alarm bells are sounding in Washington.

The U.S. Congress is currently considering the BUILD Act, which would establish the International Development Finance Corporation (IDFC) whose mandate is to “to mobilize and facilitate the participation of private sector capital and skills in the economic development of less developed countries.” The IDFC would “provide countries a robust alternative to state-directed investments by authoritarian governments and United States strategic competitors.” The BUILD Act currently enjoys bipartisan support, which is in short supply in Washington these days. It was passed by the House of Representatives in July, it has been amended by the Senate Foreign Relations Committee and the White House signalled its support.

If the BUILD Act is passed into law it will set the U.S. and China on a collision course. It provides the IDFC with a $60 billion budget, which is the exact amount China promises to invest in Africa in the next four years. This is not the first time that superpowers have competed to finance and build infrastructure. During the Cold War U.S. and the U.S.S.R. sought to win over allies by providing technical and financial assistance to construct large-scale infrastructure such as factories, stadiums, and dams.

In comparison to these monumental projects whose impacts were significant but city-based, the current round of infrastructure-led development is focused on connective projects designed to enhance integration of hitherto isolated areas. In many cases a series of projects are undertaken in tandem in an expansive region in order to integrate resource extraction, agribusiness, manufacturing and transportation.

A prime example is the Lamu Port – South Sudan – Ethiopia Transport Corridor, which is a transnational territory that integrates a series of new towns and a resource frontier via transportation and logistics infrastructure. There are more than 50 development corridors in various stages of construction across Africa, many of which are informed by this developmental logic. The U.S. and China will compete to undertake these large-scale projects because whoever does so can incorporate territory into global production networks that are anchored by lead firms in their respective countries. In short, the construction of connective infrastructure literally lays the groundwork for the expansion of a sphere of influence.

The expansion of connective infrastructure will have profound impacts in hinterlands along the routes of interconnectivity. Small cities that suddenly find themselves along busy transportation corridors will undoubtedly experience growing pains as they are rapidly incorporated into the global economy.

Take Isiolo, Kenya, for example, which was historically considered a frontier outpost, and is now a key node in the LAPSSET Corridor project. It is located along a new Chinese-built highway that links Addis Ababa with Nairobi, and a new town development is planned on the city’s outskirts. Isiolo’s newfound connectivity may indeed usher in an era of broad-based prosperity, but there is also a danger that it will become a concentration of poverty and remain a dismal settlement that is permanently “along the way” between more liveable cities.

The latter scenario is likely if infrastructure projects are determined by the geopolitical priorities of the U.S. and China, rather than the development strategies of recipient countries. Indeed, there is a real danger that taxpayers in developing countries will be saddled with debts to fund infrastructure projects that serve the political imperatives and strategic ambitions of the U.S. and China. For example, the Louisville Courier Journal urged Congress to pass the BUILD Act because it will create jobs for the good citizens of Kentucky. Alternatively, China Merchants Group was granted a 99 year lease for Hambantota Port in exchange for debt relief after Sri Lanka struggled to repay a loan.

The looming competition between the U.S. and China to build connective infrastructure does not necessarily presage doom and gloom for developing countries. Competition among lenders could theoretically drive down the cost of borrowing and improve the bargaining position of developing countries. Furthermore, the OECD has typically mobilized capital through a project finance model, while China has developed a model of ‘resource financed infrastructure’ development. The availability of multiple lenders and a variety of models to finance expensive infrastructure projects could offer developing countries the opportunity to become more autonomous and make important choices in pursuit of their particular developmental objectives.

This seems increasingly unlikely, however, as the competition between the U.S. and China is set to intensify. In early August sixteen U.S. Senators sent a letter to the Treasury Secretary and Secretary of State on August 3, to express “concern over bailout requests to the International Monetary Fund (IMF) by countries who have accepted predatory Chinese infrastructure financing.” The letter states that Beijing is “weaponizing capital,” and asks the Secretaries to use the U.S.’s leverage in the IMF to “ensure that bailout terms prevent the continuation of ongoing [Belt and Road Initiative] projects, or the start of new BRI projects.”

Not only does this letter indicate that there is bi-partisan ambition in the U.S. political establishment to contain China by discouraging countries from embracing the Belt and Road Initiative, but it also shows that developing countries undertaking large-scale infrastructure projects may soon be forced to choose between the U.S. and China. In this context the current trade dispute could easily evolve into a new Cold War, and a big question is how developing countries, caught up in 21st century great power geopolitics, will be impacted.