Globalization and the Enchantment of the World 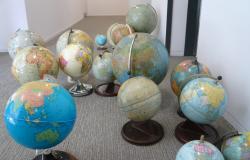 What does the term "globalization" mean? Is it a strictly economic phenomenon or does it involve several dimensions? How it is currently presented in the middle of the digital revolution and artificial intelligence?

The discussion about globalization can be idle, however, we live in times where its presence is increasingly important. Notions such as “hyperconnectivity”, "network society" or "telematics" epitomise this process, comprising economic, communicational, cultural, demographic, geopolitical and scientific aspects.

The marxist tradition notoriously contributed to the creation of an analytical corpus about globalization, from sociological, historical and economic perspectives. Researchers such as Eric Wolf and Immanuel Wallerstein, and Ankie Hoogvelt or Paul Hirst, have problematized the establishment of a global capitalism that navigates the world towards the exploitation of natural resources.

Following the thesis of Marx and his followers, these authors emphasized the need to consider capitalism as an eminently global phenomenon, constantly expanding, which by its very logic tends to seek new markets, creating a transnational ecosystem. It is a “World-System” in which the interactions between nations, businesses and populations overlap, which produces profound changes and in many cases also trauma. Stability crumbles, the contingency is invigorated.

Factors that Stanley Hoffmann described in an article in 1977 stating that the post-Vietnam effect on international politics, along with severe mutations in the economies of the developed world, laid the foundation for the emergence of a theory to explain the global system from cooperation and institutions. The adoption of this framework implied, moreover, the relative neglect of the paradigm of balance of power.

Hoffmann stated in that article that there is a significant correlation between the political needs of the time and the rise of interdependence theory, which appears just in time to give theoretical support to very specific political problems. Thus, the author goes on to state that international relations is an "American social science".

The advancement and consolidation of China in the international arena, the dispersion of interests on the global board, show that Hoffmann, although wise at the time, is not entirely true. Globalization is constantly changing, and its dynamics are not confined to the West.

The China factor demystifies prejudice by which globalization would be mere Westernization. There is no one without the other, because there is an institutional network that holds higher relative power than others.

Globalization, then, can be seen as a process with "long-term" patterns, whose consequences are changing to the extent that previous effects accumulate, producing unpredictable scenarios. Sudden changes over time relating to technological advancement, and transformation of shared meanings about temporality, constitute perhaps the most salient features of globalization.

Digital revolution, the subjective enchantment of the world

It is difficult to accurately assess the impact of the digital revolution. The key moment of the last period perhaps goes from 2002 to 2012, with the increased use of smartphones, which reached every corner of the planet.

The Smartphone sends photos, videos, audio messages, it allows us to connect to the Internet, find locations, calculate distances and times, all in a matter of seconds. While it may result normal nowadays, these everyday procedures haven’t been part of our lives for long. The same applies to artificial intelligence and robotics in the world of work, generating changes whose scope far exceeds the productive sphere.

Currently, the application of algorithms to replace human labour is underway. We can speculate about their effects, but we know nothing about their ability to disguise these effects. This is not to slip into Black Mirror paranoia, however.

It is thinking and rethinking how the dynamics of capitalism remain consistent with the principles of liberal democracy, and to what extent this knowledge that allows reality tilt in either direction can be used to condition our individuality. Globalization and scientific progress has allowed for an undeniable improvement of the conditions of our lives.

The complex interdependence is epistemological: States share information on critical public policy to alleviate disease, reduce costs and create better incentives to develop knowledge that directly affect everyday life. The digital revolution lets us know what happens in every corner of the world, stay in touch with friends, relatives and colleagues.

Therefore, the new world charm lies in producing communication experiences and their effect on behavior. The effects are apparent to anyone who can use it, but without a doubt programs like Cambridge Analytica call for greater accountability of relations between the state and corporations.

Globalization and Reason of State

Globalization has played a decisive role in putting the issue of ‘Reason of State’ in debate. The open data systems that promote transparency, such as the Alliance for Open, globalism’s own government, outline a complex dilemma whose resolution demands a redefinition of the concept of sovereignty.

Faced with this dilemma, Vladimir Putin, to name a paradigmatic case, has opted for a defense of sovereignty, in a clear message to the international system. The "Fourth Political Theory” of Alexander Dugin explains very well the concept of the sovereignty of Putin whilst annexations of Crimea and Sevastopol leave little room for doubts.

However, we should not think that there is no convergence between sovereignty and globalization, as it would be naive to believe that transparency should be absolute. Indeed, the dilemma is a redefinition of sovereign practice. The secret is in investigating and detecting crimes that would otherwise be inaccessible. Organized crime and terrorism are illustrative examples, since they consist of the legal guarantees offered by transnationalism.

The formula seems to include a new concept of sovereignty, which takes into account the technological revolution, democratization and global governance. David Held, in 2002, claimed that there is "a clear dislocation between the generalized discourse on globalization and a world in which, for the most part, the routines of daily life are dominated by national and local circumstances."

Today, that claim seems to have been disproved: we live in a world where daily routines are shaped by aesthetic, cultural and economic paradigms of a global nature, while states try to adapt, some more successfully than others.

Deep Blue and the XXI century

In March 2006, the newspaper El Pais published an article by Harvard professor Kenneth Rogoff, about the potential consequences of Artificial Intelligence in employment and social relations.

Based on the application of technology chess, economists showed surprised by the ability of machines to emulate human reasoning, and remembering the famous game when Deep Blue, the IBM machine, beat Kasparov. Rogoff concludes the note by ensuring that technology, not trade, was the key element in the spread of globalization during the twentieth century.

If economic rationality produced the disenchantment of the world, the current technological revolution seems to revive the ghostly character. Internet and Artificial Intelligence, which perhaps happen to be constituted as the new America, open to being conquered by knowledge, which is not just a means: it is at the same time a means and end in itself. Technological advances gave us the codes to domain the world.

Today, the geographical world is no longer a mystery. Computational science becomes the Deep Blue of States and globalization. It’s studied itself while transforming itself and challenge the world, as a mean and end at the same time. "Pure or Basic Science", as called it Mario Bunge, tends to merge with applied science and technology. The new world is virtual in nature and it seems to project itself beyond the human species.

Adrian Rocha is a social scientist and a writer.