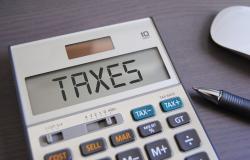 A major priority for the French government in hosting the 2019 G7 summit at Biarritz is to combat inequality, both within advanced economies and between countries. But if the G7 are serious about tackling inequality, there is a need to tackle the “race to the bottom” in taxation that affects governments around the world. In our recent research, we’ve developed a new evaluation framework to assist in that task.

The Biarritz agenda is just the latest example of a strong international consensus that reducing inequality is one of the major challenges of our age. The Organisation for Economic Cooperation and Development (OECD) noted this year:

Income inequality in OECD countries is at its highest level for the past half century. The average income of the richest 10% of the population is about nine times that of the poorest 10% across the OECD, up from seven times 25 years ago.

The International Monetary Fund (IMF) has expressed similar concerns. Inequality, it notes, erodes social cohesion, causes political polarisation and stunts economic growth. And the World Bank has weighed in: “Inequality reduction today matters for opportunity and mobility tomorrow, and for the next generation.”

Race to the bottom

A fundamental driver of inequality is the race to the bottom in taxation. This involves governments competing to attract globally mobile investment by offering increasingly generous corporate tax rates and provisions. In the process, however, such policies often undermine that country’s own tax base and that of other governments. Policies that cut taxes on business and investment income, by offering generous tax reliefs and breaks, not only limit government revenue, they also often fuel inequality by favouring high income groups.

At the Lough Erne summit in 2013 in Northern Ireland, the G7 addressed tax avoidance activities by multinational corporations. That summit communiqué lent support to two policy tools: automatic information exchange, and country by country reporting. Both became part of the OECD’s Base Erosion and Profit Shifting Initiative (BEPS).

These initiatives were intended to increase information on the movement of income into tax havens, and on where multinational companies truly conduct their business. However, multinational companies paying less tax than they should by shifting profits is only part of the equation of fixing flawed tax systems that contribute to inequality.

The other side of this equation is how governments are caught in this race to the bottom, competing to offer more generous tax rates to businesses. This process and its harmful impact on tax revenues and inequality has been neglected by the G7 to date.

In 2014, research by the IMF found that these processes were particularly harming developing countries by depleting them of tax revenues. For example, a 1% reduction in corporation tax in all countries was found to reduce a typical country’s corporate tax base by 3.7%, but this was two to three times higher for developing countries.

Other estimates in the research suggested non-OECD countries lose on average 13% of their corporate tax revenues. The IMF research established this was due to a phenomenon known as “tax spillovers”. Spillovers are the negative impact one country’s tax policies have on other countries.

The agenda of the French government at Biarritz represents an awareness of these processes. They are working towards agreeing a minimum level of corporation tax to be overseen by the OECD by January 2020. But agreeing, implementing and enforcing rules on a minimum rate will be difficult. And it will only establish one limited bottom line in reducing the harmful spillovers identified by the IMF.

Until recently, there has been no satisfactory method for identifying and evaluating the tax spillovers generated by national policies. But in our recent research we created such a framework. It currently has the support of development NGOs such as Oxfam, Action Aid, and Eurodad. They see the framework as a way of stemming the “race to the bottom” that is fuelling inequality and harming developing countries.

Our framework measures the scale of spillover risks and vulnerabilities produced by specific national tax policies and practices. The framework also assesses domestic spillovers – how certain tax policies and practices can undermine other tax policies and revenues in the same country. In a pilot assessment for the UK, we identified a host of tax reliefs and administrative practices that benefited high earners and were eroding the UK tax base, thus fuelling inequality. Conducting tax spillover assessments makes it possible to identify these harmful tax practices and to target reforms to address them.

If the French government wants to achieve more far-reaching and comprehensive results with a longer duration at Biarritz, they should push for the G7 to establish regular, country level tax spillover assessments to be conducted by independent international organisations.

This would provide a monitoring mechanism to encourage countries to keep to minimum agreed levels of corporation tax. Through international peer pressure, it would also discourage a wider range of policies that generate harmful tax spillovers and fuel inequality. A commitment to conducting spillover assessments would give the Biarritz summit real teeth on tax and establish a tax legacy beyond that of Lough Erne.

Can we Really Change the Tech Sector?