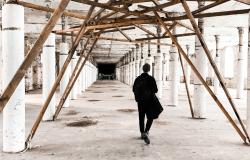 Unless Biden moves toward an economic paradigm shift, continued failures to address the deep ecological drivers of global instability threaten the rise of another Trump-like demagogue.

Scientific evidence over the last five years which I assessed in a new report for the Schumacher Institute suggests that the pandemic didn't come out of the blue, but is a direct consequence of industrial civilization's breaching of key planetary boundaries. These are critical natural ecosystems which maintain what scientists describe as the ‘safe operating space’ for human survival on the planet.

COVID-19 suggests that the world economy is now entering a volatile new phase of chronic instability due to the interaction of many crises including climate change, resource bottlenecks, and food system failures. The escalating synergy between these crises, each of which is experiencing its own tipping points, points to the risk we are crossing a planetary threshold in the global system.

The Trump administration emerged from decades of failure to address these underlying drivers of dislocation and division. The more we destabilise those boundaries, the more the safe space for human habitation shrinks.

Prior to 2020, warnings from public health experts of an incoming global pandemic approached a crescendo. These were largely ignored because they were based on the grim recognition that the risks are being driven by the relentless expansion of industrial civilization, including continued population growth, increasing food production, closer transport ties due to globalisation, and the expansion of urban areas into natural wildlife.

Intensifying climate change also plays a compounding role, by forcing disease-hosting species out of their traditional habitats. With up to 600,000 unknown “zoonotic” virus species circulating in wildlife, the risks are enormous. And despite the pandemic’s dampening effect, emissions have continued rising overall – with the next decade or two being pivotal in determining whether or not we trigger a worst-case ‘hothouse earth’ scenario.

Of course, another big driver is tropical deforestation which increases the chance of viruses jumping to human hosts. As deforestation has accelerated in places like Brazil during the pandemic, the result could be a self-reinforcing cycleof worsening disease outbreaks and forest losses.

Now scientists warn that at the current rate of deforestation, industrial civilization faces a 90 percent chance of collapse within decades due to the devastating impacts on key ecosystems.

The COVID-19 crisis, then, is a symptom of an Earth System crisis. In turn, it is accelerating multiple simultaneous breakdowns across the Human System.

The pandemic has forced an already unsustainable global economy into a state of paralysis, while triggering the largest oil price collapse in history. As long-term shut-ins could lead a significant percentage of oil reserves to experience permanent damage, this could be an irreversible turning point for the industry. Meanwhile, global hunger is at record levels amidst strained food supply chains.

The global system is therefore experiencing multiple, simultaneous, interconnected crises, which are converging and amplify one another in what could become a system-wide self-reinforcing feedback process.

That’s why we need a simultaneous whole system transition based on the insight that economic prosperity, public health and ecological health are deeply intertwined: an emergency transition to a ‘lifeboat economy’. Markets cannot thrive when they degrade their own ecological foundations.

This opens up an opportunity to rethink our addiction to endless growth premised on material overconsumption, and to embrace the mounting evidence that a good quality of life is available to all within planetary boundaries.

Integral to that is a strategy to address the deforestation driving pandemic risks along with around 15 percent of global carbon emissions. The predominant approach (for instance in the EU) tends to single out one commodity—palm oil. This makes little sense given that beef production is the world’s number one driver of deforestation. A simplistic shift away from palm oil would simply displace demand onto other oilseeds which, however, are less efficient and more land-intensive—potentially driving greater rates of deforestation.

Rather, we need to stop deforestation across all commodities by shifting to more regenerative forms of agriculture, and scaling-up the most successful conservation approaches. In Malaysia, for instance, the rate of deforestation has fallen year on year for the last 5 years largely thanks to its own national certification scheme, MSPO—the world’s first mandatory sustainable palm oil scheme. According to NGO Mighty Earth, such schemes could be used as a “blueprint” to slow deforestation in the Amazon.

How to incentivise and strengthen such schemes? A carrot and stick approach could realign trade deals so that ecological restoration is at their foundation. Trade would then open access to markets from South to North on condition of meeting core targets on sustainable production, while providing a vehicle to export ‘Green New Deal’ innovations from North to South.

Given that just $2 trillion could transition the entire continental United States to a 100 percent solar, wind, and battery storage system producing energy at near-zero costs, the opportunities for this new era of sustainable prosperity are unprecedented. By carefully winding down fossil fuel industries while shifting to proven means of creating sustainable debt-free financing, we could mitigate shocks and maximise jobs.

Biden’s election victory has not vanquished Trumpism. But such a programme of radical structural transformation could well do so by facilitating the emergence of an ‘ecological civilization’ where everyone wins.

Dr Nafeez Ahmed sits on the Board of Stakeholders of the European Commission’s Horizon 2020-funded MEDEAS research programme, ‘Guiding European Policy toward a low-carbon economy.’ A world-renowned systems theorist and environment journalist, Dr Ahmed is Executive Director of the System Shift Lab, an international network of natural and social scientists working on strategies for system change, and is a Commissioner for Cambridge University Press’ Sustainability Commission on Scaling Sustainable Behaviour Change. He is the author of new report ‘Deforestation and the Risk of Collapse: Reframing COVID-19 as a Planetary Boundary Effect’, just published in the journal System Change by the Schumacher Institute for Sustainable Systems, an independent think tank in the UK which has led the European Commission’s Converge research programme.

Photo by Marlene Leppänen from Pexels