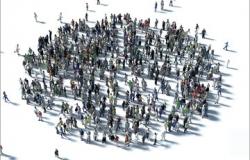 Spoke on a panel last week in UCL’s Policy and Practice lecture series. The topic was Nina Hall’s new book, Transnational Advocacy in the Digital Era (putting in the discount code ASFLYQ6 will get you 30% off, btw). Some thoughts.

The book explores a new-ish generation of digital advocacy organizations with professional staff. MoveOn was the first, established in the US in 1998. That model has now spread to over 20 countries, with over 20m supporters. In her presentation, Nina argued that the theory of change of these organizations is profoundly different to traditional advocacy outfits like Oxfam:

The nature of the ‘transnational’ bit in the book title is interesting – these organizations have national memberships and target nation states, tending to avoid coordinated campaigns or directly targeting international institutions. Instead they share tactics and tech.

I had several questions about this: 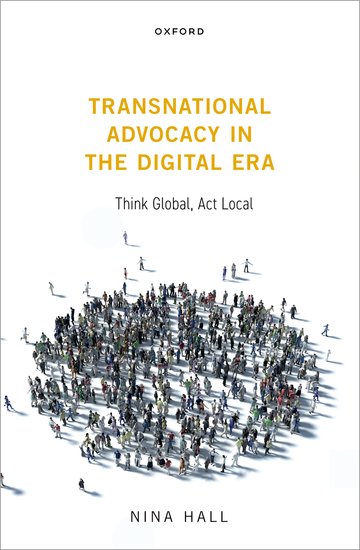 Theory of Change: is the data analytics matched by political analysis? The other panelist, digital advocacy veteran Nat Whalley explained how on any given UK campaign, they work out which MPs matter and who they might listen to, and then mobilize their database on that basis.

But the underlying ToC is still ‘bombard the right people with lots of emails → they change policy’ – plenty of assumptions behind that arrow that need exploration, I would say. What’s more, there doesn’t seem to be any accompanying insider strategy, and it’s very hard for conventional advocacy organizations to team up in an insider/outsider alliance, because of the speed with which these organizations move from one issue to another (‘win fast or die’).

The Overton Window: Because they choose their campaign topic based on response rates, these guys work in the window (the spectrum of ideas on public policy and social issues considered acceptable by the general public at a given time), or just outside, if they think they can quickly bring their membership with them. They don’t do visionary, or lone voice in the wilderness.

Demographics and civic space: The supporter base is mainly older white women in the Global North, with a few exceptions (e.g. Amandla Mobi in South Africa). But shrinking civic space around the world must be making it harder to use this model elsewhere. The number of countries where decision makers are influenced by citizens’ emails is, sadly, shrinking – e.g. the main woman trying to set up such an organization in Colombia has had death threats.

Evolution: This sector is learning and adapting in interesting ways. The initial model of uncritically following member preferences has been moderated in some organizations as staff try and shift narratives and stick with issues, even when the clicks drop. The example given was ‘refugees v bees’ – refugees just don’t raise as much money from members as ‘save the bee’ campaigns, but several organizations have persevered anyway. And increasingly, the digital organizations use their mailing lists to get members out on the streets around particular causes.

Convergence: This feels like part of a more general convergence between digital and traditional advocacy. Covid has forced many of the latter to up their game in digital campaigning, even as the digital advocacy organizations start to think more long term about how change happens – all of them are organizing in-the-flesh protests, as well as working online. And is the business model as different as all that? Organizations like Oxfam rely heavily on member support. It is not usually for a specific campaign, but if we go too far beyond where our donors are at, funding will suffer.

I came away thinking this is a valuable addition to the advocacy ecosystem, with its own strengths and weaknesses. Digital advocacy works best in:

The challenge for more traditional advocacy organizations is to find ways to join forces, combining their long-term approach and expertise with the big bangs that digital advocates can provide.

And some questions I did not get answers to:

And here’s the video of the panel discussion: