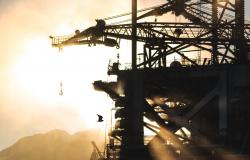 On 18 July, the EU signed a new agreement with Azerbaijan aimed at increasing the country’s gas exports to Europe. Gubad Ibadoghlu assesses what the deal means for Azerbaijan, and whether it will make a real difference in reducing the EU’s dependence on Russian gas.

Just two days before Russia’s military intervention in Ukraine, Azerbaijan’s President, Ilham Aliyev, met with Vladimir Putin in the Kremlin and signed a Declaration on Mutual Cooperation between Azerbaijan and Russia. However, the fallout from the conflict in Ukraine has renewed efforts by EU leaders to engage with Azerbaijan. The result has been that the importance of Europe for Azerbaijan and Azerbaijan for Europe has substantially increased.

The last few months have seen several visits by EU representatives to Azerbaijan. On 15 July, Toivo Klaar, the European Union Special Representative for the South Caucasus, came to Baku and met with President Aliyev. This was followed by a visit on 18 July by the President of the European Commission, Ursula von der Leyen, who signed a Memorandum of Understanding on a Strategic Partnership in the Field of Energy between Azerbaijan and the EU.

The new agreement envisages a substantial increase in the annual volume of gas exported from Azerbaijan to Europe over the next five years. In her speech at the accompanying press conference, von der Leyen called Azerbaijan a “reliable partner” in the field of energy. She indicated that as the EU could no longer rely on Russian gas supplies, the EU “has therefore decided to diversify away from Russia and to turn towards more reliable, trustworthy partners… and I am glad to count Azerbaijan among them”.

Azerbaijan currently exports around 8 billion cubic metres of gas to the EU per year. Under the new agreement, the country is expected to increase its gas exports to the EU within the framework of the Southern Gas Corridor to 20 billion cubic metres by 2027, and up to 12 billion cubic metres by 2023. Von der Leyen also noted that “Azerbaijan has tremendous potential in renewable energy” and stated the EU intends to cooperate with the country in this field as well, notably in relation to Azerbaijan’s solar and wind energy production. She stressed that energy cooperation should be established against the background of environmental protection, and she encouraged Azerbaijan to join the Global Methane Pledge, which is supported by 119 countries.

Von der Leyen also spoke about the support programmes implemented in Azerbaijan, noting the EU follows “with great interest the discussions and the ideas about trans-Caspian connections” and that the EU “will deepen these discussions”. However, her words at the end of her speech, where she indicated that “to reach Azerbaijan’s full potential, it is important to create the right conditions for investor confidence” and that “this includes a greater involvement of civil society, and a free and independent media”, received a mixed response from representatives of the local and international communities.

Many expressed regret that the Commission did not directly support the development of an independent civil society and the free press in Azerbaijan, both of which have been suppressed. There were also concerns that such important institutions are connected with investor interests, and that that von der Leyen did not express support for human rights and freedoms in Azerbaijan. Local social activists complained that European officials visiting Azerbaijan did not meet and listen to representatives of opposition parties and civil society, and accused them of selling the interests of democracy to energy interests.

The need for investment

By signing the agreement, Azerbaijan has entered a new stage in the era of complex challenges affecting the EU’s energy security. Strategic partnership relations in this field impose obligations on both Azerbaijan and the EU. First of all, the expansion of the Southern Gas Corridor requires additional large investments. This important issue was not mentioned in the press release by either side.

Most likely, investors, including the European Investment Bank, will be attracted to the expansion of the Trans Adriatic Pipeline’s (TAP) transmission capacity within the framework of the expansion of the Southern Gas Corridor, as it promises new opportunities to diversify the energy supply to Europe. At the same time, Azerbaijan currently does not have enough gas to export to Europe.

This creates a need to accelerate production in new and prospective fields, which also require additional investment. In addition to the Shah Deniz gas field, which is the largest in Azerbaijan, investments should therefore be made in gas production and export at the Shafaq-Asiman, Umid-Babek, Absheron, and Azeri Chiraq Guneshli (ACG) deep water gas fields. This would allow for a significant increase in gas production in Azerbaijan over the next five years.

Some experts have suggested Azerbaijan could simply buy gas from Russia and sell it on to Europe. However, this is not possible within the framework of the current sanctions. Even if it became possible in the future, it would require the reconstruction of the existing Mozdok-Hajigabul gas pipeline between Russia and Azerbaijan, which has a maximum transmission capacity of 10 billion cubic metres.

Another alternative would be for Turkmenistan to supply gas to Iran and for Azerbaijan to then buy the same amount of gas from Iran. But despite all of these alternatives, the Europeans will still have to wait at least five years for the TAP pipeline, the gas export route from Azerbaijan to Europe, to reach a transmission capacity of 20 billion cubic metres.

Azerbaijan also plans to attract European investors to invest in its renewable energy sector. The country has recently been expanding its efforts to transition to green energy. This is particularly important in the Azerbaijani sector of the Caspian Sea and in the territories that Azerbaijan regained control over during the 2020 war with Armenia. These efforts will help create new production capacities for wind and solar energy and also determine export markets. Currently, the proposed ‘Zangezur Corridor’ and the cable line under the Black Sea from Georgia to Romania are being evaluated as export routes.

While the agreement between Azerbaijan and the EU will have an important impact on energy cooperation, it was primarily a political deal. It ultimately serves two main purposes. The first is to reduce Russia’s sphere of influence and control in Azerbaijan. The second, is to reduce Europe’s energy dependence on Russia.

As the discussion above highlights, this latter goal will be difficult to achieve without substantial investment. However, both goals will be substantially affected by the outcome of the war in Ukraine. It therefore remains to be seen what the lasting impact will be on the energy sector over the coming years.

Gubad Ibadoghlu is a Senior Visiting Fellow at the London School of Economics and Political Science.

This article first appeared on EUROPP – European Politics and Policy or the London School of Economics. It gives the views of the author, not the position of EUROPP.