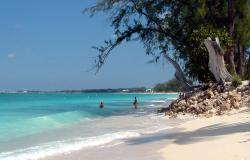 Tax havens have become a defining feature of the global financial system. Multinational companies can use various schemes to avoid paying taxes in countries where they make vast revenues. In new research, my colleague Petr Janský and I estimate that around US$420 billion in corporate profits is shifted out of 79 countries every year.

This equates to about US$125 billion in lost tax revenue for these countries. As a result, their state services are either underfunded or must be funded by other, often lower-income taxpayers. It contributes to rising inequality both within countries and across the world.

Given the nature of the issue, it is intrinsically difficult to detect tax avoidance or evasion. To get round this, we use data on foreign direct investment (FDI) collected by the International Monetary Fund to examine whether companies owned from tax havens report lower profits in high-tax countries compared to other companies.

We found that lower-income countries on average lose at least as much as developed countries (relative to the size of their economies). At the same time, they are less able to implement effective tools to reduce the amount of profit shifted out of their countries.

There are three main channels that multinationals can use to shift profits out of high-tax countries: debt shifting, registering intangible assets such as copyright or trademarks in tax havens, and a technique known as “strategic transfer pricing”.

While both companies should pay tax on the profit they make in their respective countries, one of the three channels is used to shift profits from the high-tax country (Australia in our case, with a corporate income tax rate of 30%) to the low-tax country (Bermuda, with a corporate income tax rate of 0%). For every dollar shifted in this way, the multinational avoids paying 30 cents of tax.

Debt-shifting is when company A borrows money (although it does not need to) from company B and pays interest on this loan to company B. The interest payments are a cost to company A and are tax-deductible in Australia. So they effectively reduce the profit that company A reports in Australia, while increasing the profit reported in Bermuda.

In the second channel, the multinational transfers its intangible assets (such as trademarks or copyright) to company B, and company A then pays royalties to company B to use these assets. Royalties are a cost to company A and artificially lower its profit, increasing the less-taxed profit of company B.

Strategic transfer pricing, the third channel, can be used when company A trades with company B. To set prices for their trade, most countries currently use what’s called the “arm’s length principle”. This means that prices should be set the same as they would be if two non-associated entities traded with each other.

But, in practice, it is often difficult to determine the arm’s length price and there is considerable space for multinationals to set the price in a way that minimises their overall tax liabilities. Imagine company A manufactures jeans and sells them to company B, which then sells them in shops. If the cost of manufacturing a pair of jeans is US$80 and company A would be willing to sell them to unrelated company C for US$100, they would make US$20 in profit and pay US$6 in tax (at 30%) in Australia.

But if company A sells the jeans to its subsidiary company B for just US$81, it only makes US$1 in profit and so pays US$0.3 in tax in Australia. Company B then sells the jeans to unrelated company C for US$100, making US$19 in profit, but not paying any tax, since there is no corporate income tax in Bermuda. Using this scheme, the multinational evades paying US$5.7 in tax in Australia for every pair of jeans sold.

How to stop it

The root of the problem is the way international corporate income is taxed. The current system is based on an approach devised almost a century ago, when large multinationals as we know them today did not exist. Today, individual entities that make up a multinational run separate accounts as if they were independent companies. But the multinational optimises its tax liabilities as a whole.

Instead, we should switch to what’s called a unitary model of taxation. The idea is to tax the profit where the economic activity which generates it actually takes place – not where profits are reported. The multinational would report on its overall global profit and also on its activity in each country in which it operates. The governments of these countries would then be allowed to tax the multinational according to the activity in their country.

In practice, defining what exactly constitutes “economic activity which generates profit” is the tricky bit. For a multinational that manufactures phones, for example, it is not clear what part of its profit is generated by, say, the managers in California, designers in Texas, programmers in Munich, an assembly factory in China, a Singapore-based logistics company that ships the phone to Paris, the retail store in Paris that sells the phone, or the French consumer.

Different proposals for unitary taxation schemes define this tax base in various ways. The five factors most often taken into account are: location of headquarters, sales, payroll, employee headcount and assets. Different proposals give different weight to these factors.

Ultimately, introducing unitary taxation would require a global consensus on the formula used to apportion profits. And, admittedly, this would be difficult to do. As the OECD says: “It present[s] enormous political and administrative complexity and require[s] a level of international cooperation that is unrealistic to expect in the field of international taxation.”

But, seeing as the current system costs governments around the world around US$125 billion annually, is global cooperation really more expensive than that?