Will Trump’s Policies Wreak Havoc on the US and Global Economies? An Interview with Gerald Epstein 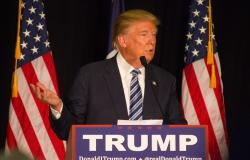 With the midterm elections rapidly approaching, many Americans will start thinking more and more about the economy before they decide how to cast their votes. In this context, Trump’s claim that the US economy under his administration is the “greatest in history” needs to be thoroughly and critically examined in order to separate facts from myths. How much of the ongoing “recovery” is being felt by average American workers? And what about Trump’s escalating trade war with China, which is already beginning to impact American consumers and various US manufacturers, while making European firms nervous? In this exclusive interview, Gerald Epstein, professor of economics and co-director of the Political Economy Research Institute at the University of Massachusetts at Amherst, clears the air on several myths and misconceptions about the developments that Trump has tried to frame as an “economic miracle.”

C.J. Polychroniou: Trump likes to boast about an economic revival of historic proportions under his administration, which includes a strong labor market, a robust stock market, and a 4 percent GDP rate. What are the facts and myths about Trump’s alleged economic miracle? Give us the full story.

Gerald Epstein: Trump is a gross exaggerator who loves to construct stories. When it comes to his claims about an economic miracle under way during his administration, I think my friend and colleague John Miller in the economics department at Wheaton College put it best in a September 30 presentation at the University of Massachusetts Amherst: “Compared to the standard of U.S. economic performance since 1948, we have been living through an economic expansion that has been historically long, historically slow, and that has done historically little to improve the lot of most people.”

It is safe to say, as Miller and many other economists show, slashing corporate taxes has not generated an investment boom or a stock market boom. Data show that during the second quarter of 2018, housing investment continued to go down, and spending on new equipment, the largest component of investment, grew only half as quickly as it had at the end of 2017, prior to the tax cut. As the data discussed by Josh Bivens of the Economic Policy Institute show, business investment in structures such as office buildings and factories did increase far more quickly than before the tax cut, but most of that went into oil and gas drilling which resulted from higher world energy prices.

As Bill Lazonick, an economist at the University of Massachusetts Lowell has pointed out, slashing corporate taxes has created a torrent of stock buybacks that is on track to reach $800 billion by year’s end.

What’s the explanation for S&P 500 and Dow setting all-time records under Trump, and what impact do stock market trends have on the life and well-being of average Americans?

It is true that the stock market has increased since Trump was elected, but it has been on an upswing since the recession bottomed out in 2009. In fact, stock prices (the S&P 500 adjusted for inflation) increased just 2.1 percent from Jan. 1 to Sept. 1, 2018 — far slower than earlier in the expansion, and the near double-digit increase during the 1990s expansion.

Only in the third week of September did the S&P 500 Stock Index and the Dow Jones Index finally top their January 2018 highs.

Still, it is clear that since Trump was elected, financial investors have been quite happy and optimistic. The Republican agenda of tax cuts and deregulation have significantly increased corporate profits and the expectations of further corporate profits, and these drive up stock prices.

But most stocks are owned by the very wealthy. According to Edward Wolff, the richest 10 percent of the population own close to 90 percent of all stocks. So when the stock market goes up in value, it is the already very rich that mostly benefit.

Now some of this could trickle down as investment and jobs but this appears to be rather limited. As I mentioned earlier, we are not seeing much of an increase in investment in factories and equipment as a result of the tax cuts and corresponding increase in the value of the stock market. It is true that when the stock market goes up substantially it can increase the consumption of those that own stocks and some of that can trickle down when increases in consumer demand boost the economy. But here the question is the size of the impact — which is modest at best — and the impact on wages.

Up until now, this increase in consumption and decline in unemployment has not led to much in the way of increased wages, when the uptick in inflation is taken into account. People’s paychecks might be a bit bigger but so is the cost of living. So, the economy seems to still be largely stuck in a period of stagnant inflation-adjusted wages, which has been plaguing us for more than 40 years. The Trump economy has yet to break free of that swamp.

The reasons for this seem myriad: a major one is the reduced bargaining power of workers due to a 40-year political assault on unions and workers’ bargaining rights. A second is related to appearance of other global trade powers like China on the scene and the response of American capitalists and politicians to that crucial structural shift.

Trump has made the reduction of the trade deficit one of his central goals, which partly explains his gambles with trade wars, tariffs and protectionism and his so-called “America First” policies. Yet, the US trade deficit, ironically enough, has widened considerably (especially with China) under the Trump administration. Is the increase in the trade deficit a direct result of the trade war?

No. The increase in the trade deficit is mostly due to the fact the US economy has been continuing to grow and recently picked up speed. Any growing economy will increase imports; if exports are not leading the growth — which they are not in the US and haven’t been for several decades — then the trade deficit is almost certain to grow. But what it does show is that Trump’s trade policy has not reversed the secular dependence of the US on trade deficits, which has been increasing in the last 40 years or so.

Just recently, numerous US manufacturing companies testified how Trump’s trade wars and tariff policies will increase both the cost of production and the cost of imports, cause layoffs and devastate lives, while failing to improve competition or spur additional growth. Given all this, what’s the real purpose behind the trade war with China, and will tariffs boomerang on workers in the US and the global economy?

Trump believes that he can win political support from his base by bashing foreigners and “others” — be they Mexican and South American citizens, Muslims, African Americans and women, even if his policies hurt his base in economic terms. He is specializing in a type of [white nationalist] “identity politics” and is very good at manipulating people. For the rich, he delivers the goods…. He believes he can get away with this even if he hurts his base economically. He believes he can put lipstick on trade deal pigs and his base will buy it. Perhaps he is right. We will see.

So, yes: the trade war he has started might sound good to his base, but is likely to hurt many of them, as Canada, Europe and China are smart when they retaliate, knowing fully well that they will harm his base.

So part of his goal is to fire up his base by being tough on the foreigners. But the fight with China is much more than that. Trump has decided that the US is in a power struggle with China for global dominance. He is not the first US capitalist politician to believe that. US strategists have talked about making a pivot to China for more than a decade now. Trump has decided to lurch toward China.

Another reason why Trump is pursuing these policies is that they can split the labor movement and the Democrats. When Steve Bannon was on his way out of the Trump administration, he contacted Robert Kuttner of the American Prospect and said he wanted to form a left/right coalition over trade. He and Trump have been partly successful in this. The United Steelworkers Union has supported his tariffs on steel. Much — but not all — of organized labor has offered tentative support for Trump’s new NAFTA, even though there are very few positive features for labor in the agreement.

The new NAFTA also has a lot of very negative features, including the undermining of environmental regulations, the increase of patent protections, limitations on the ability to restrict pharmaceutical prices and other consumer-gouging provisions.

As a result, even labor unions and groups like Public Citizen have been reluctant to endorse it fully yet.

Do you have any predictions about how the story of Trump’s trade war against China and his overall economic policies will end?

Overall, Trump’s policies will prove to be extremely disruptive. The trading system will develop many cracks, the supply chains of trade will get mucked up, and the expansionary wave coming from the tax cuts will fade out with nothing left but deficits and bloated capitalists to show for it. But this will not necessarily mean political trouble for Trump and the Republicans. For that to happen, the Democrats and the left have to not only make clear what are all the problems in Trump’s and the Republicans’ economic charades, but have to promote their alternatives relentlessly, and in a unified fashion. The left has developed a strong set of policies that can address the ills facing the majority of US residents — single payer health care, raising the minimum wage, a Green New Deal, breaking up Wall Street banks and promoting financial alternatives, tax increases on the wealthy, real infrastructure investment, affordable and improved education, and a peace-oriented foreign policy. This is a winning agenda. If economists, policy makers and activists can continue to develop this program and promote it relentlessly, then when the Trump economy falls apart, it is the left that can win with a viable program that can truly work for the many.

C.J. Polychroniou is a political economist/political scientist who has taught and worked in universities and research centers in Europe and the United States. His main research interests are in European economic integration, globalization, the political economy of the United States and the deconstruction of neoliberalism's politico-economic project. He is a regular contributor to Truthout as well as a member of Truthout's Public Intellectual Project. He has published several books and his articles have appeared in a variety of journals, magazines, newspapers and popular news websites. Many of his publications have been translated into several foreign languages, including Croatian, French, Greek, Italian, Portuguese, Spanish and Turkish. He is the author of Optimism Over Despair: Noam Chomsky On Capitalism, Empire, and Social Change, an anthology of interviews with Chomsky originally published at Truthout and collected by Haymarket Books.

This wa reposted from TruthOut with permission.

All the Tea in China: Solving the ‘China Problem’ at the WTO