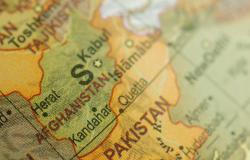 Abdur Rehman Cheema argues that sufficient gender disaggregated data is available in Pakistan, the challenge remains how to use this data to improve gender equality.

Sustainable Development Goal (SDG) Indicator 5.c.1 seeks to measure government efforts to track budget allocations for gender equality throughout the public finance management cycle and to make these publicly available. This is an indicator of characteristics of the fiscal system. It is not an indicator of the quantity or quality of finance allocated for Gender Equality and Women’s Empowerment (GEWE).

What does the indicator measure?

The indicator measures three criteria: The first focuses on the intent of governments to address GEWE by identifying relevant programs/policies and resource allocations. The second assesses if a government has planning and budget tools to track resources for GEWE throughout the public financial management cycle. The third focuses on transparency by identifying provisions to make allocations for GEWE publicly available.

Who should lead the way?

The indicator 5.c.1 aims to encourage national governments to develop appropriate budget tracking and monitoring systems and commit to making information about allocations for gender equality readily available to the public. The system should be led by the Ministry of Finance in collaboration with sectoral ministries and National Women’s Machineries and overseen by an appropriate body such as Parliament or Public Auditors.

The situation in South Asia

According to the UN Secretary General report to the High-Level Political Forum on Sustainable Development (2021), 81 per cent of the 69 countries and territories for which there are data needed to improve their systems for tracking budget allocations for gender equality in 2018.

Within South Asia, Afghanistan, India, Maldives, Pakistan and Sri Lanka do not have data on this indicator. Bhutan and Bangladesh have a score of 2 whereas Nepal has a score of 2.63.

Pakistan’s first initiative for Gender Responsive Budgeting (GRB) was undertaken between 2005‐2008; a joint venture by the Government of Pakistan (the Ministry of Finance) in partnership with the UNDP and supported by international donors. The pilot introduced elements of GRB to the federal level: the Punjab province and two districts, Gujrat and Rajanpur. It focused on three sectors: Education, Health and Population Welfare. This lasted two and half years.

The pilot involved analysing public expenditure through a gender lens. It used a time-use survey in 2007 to uncover the macroeconomic implications of unpaid care work, conduct research into the value of unpaid care work and call for gender-disaggregated data from the 2006/7 Budget Call Circular to help understand gender patterns in public sector employment. A gender analysis of federal and provincial budgets was undertaken for 2004/5 and 2005/6. The analysis showed that only a fraction of expenditure allocation contained visible gender specifics. Nonetheless, the data collected by the Budget Call Circular helped increase female employment in government, reduce the gender wage gap and led to publicly funded day care centres to help women get a job.

The follow up first consisted of gender awareness trainings, the provision of handbooks for government officials, requirements to keep gendered budget data, and the provision of training to all levels of government to achieve this. The government also partnered with a range of academic, NGO and other bodies who helped provide expert input to implement GRB in different parts of the country beyond the pilot districts.

At the second stage, the Strengthening Poverty Reduction Strategy Monitoring Project introduced in 2008 acted as an entry point for mainstreaming GRB across all levels of government. The 2007/8 federal Budget Call Circular required ministries to indicate their gender-related goals, deliver sex-disaggregated data on their services and staff, demonstrate how interventions lead to gender equity, and disaggregate targets and performance analysis. These gender initiatives were extended beyond the three pilot departments and 12 other ministries were also engaged.

Subsequently, in 2016, Oxfam and Idara-e-Taleem-o-Aagahi stepped in to work with the Education Department of the Muzaffargarh district (Punjab) and introduced an app to enable local monitoring of GRB in schools. The app made civic engagement easier for women and girls to participate as it can be accessed from any android device. These groups helped monitor use of the app and they put forward their most pressing concerns such as mismanaged budgets, the  under-utilization of budgets and the mismanagement of facilities. The collected data led to the introduction of a ‘School Information System’ that was implemented throughout Punjab.

A key outcome of GRB in Pakistan was increased spending on women’s specific budget expenditure. A gendered analysis of federal and provincial budgets in 2008/9 found that women’s specific budget spending increased significantly from R7.6 billion in 2007‐08 to R44.5 billion in 2008‐09, resulting in an increase in share from 0.7% to 4.7%. This spending went towards education, health and cash handouts to help improve the wellbeing of women. Additionally, utilization of the budget for schools, not allocated to teacher salaries, increased from 82% in 2016-17 to 91% in 2017-18.

The introduction of GRB, combined with enhanced local monitoring linked to the android app and material improvements to schools helped to increase school enrolment by 18% among girls in the Muzaffargarh district from 82% in 2016-17 to 91% in 2017-18. Improved spending also helped schools to address issues such as missing facilities or long commutes, contributing to increased school attendance by, and retention of, students.

Next steps and lessons learned

According to the World Economic Forum (2020) report, Pakistan was ranked 143rd of 153 countries on the Global Gender Parity Index, putting it among the lowest in the world. GRB contributes directly to improving governance, (a) by making it clearer to government officials, legislators and the public what governments are doing and why and (b) by increasing participation in the policy and budget processes. It also helps by investing in human capital and promoting the utilization of all the potential human resources in the country without gender bias.

More than 60 countries have done GRB work of some sort. However, none can provide a blueprint for Pakistan. Firstly, the gender situation differs across countries because it is influenced by history and culture. Secondly, the standard budgets of all countries differ. Accordingly, Pakistan is learning from the experience of other countries whilst developing its own unique approaches to GRB.

One of the lessons learning during this exercise has been that the often-heard refrain that Pakistan has little sex-disaggregated and gender-sensitive data is overstated. From the first in 1998, Pakistan’s Bureau of Statistics has recently produced the ‘2019 Pakistan Gender Compendium’. It contains disaggregated gender data on population, education, health, family planning, employment, time use pattern and, public representation. The key challenge, therefore, is not the availability of data but making full use of this valuable information.

Photo by Lara Jameson from Pexels