Technocracy will Not Save Us, but More Democracy Might 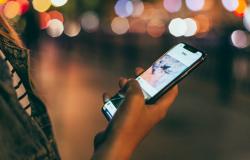 In the wake of COVID-19 and the looming challenges associated with climate change, technocracy will become a more popular form of governance to tackle the issues that arise. But, Nicolas Pirsoul and Nicholas Ross Smith warn against the lure of technocracy and argue that any technocratic responses need to be balanced by sound democratic practices.

Since the onset of the COVID-19 pandemic, health experts have become significant public figures in countries most heavily afflicted by the virus. They appear on screens daily, flanked by senior political leaders, to explain policy decisions to the masses.

In most democratic countries, the advice of leading health experts has been followed, to varying extents, and resulted in extraordinary measures such as the implementation of mass lockdowns. This represents a technocratic response to the pandemic and, judging by public sentiments, it has been a largely welcomed one in those countries that heeded the call of its experts.

The popular attractiveness of technocratic forms of governance is likely to be bolstered further as the smoke starts to clears as to just how badly handled the pandemic has been by the two notable ‘anti-expert’ leaders: Donald Trump in the United States and Jair Bolsanero in Brazil.

Furthermore, given the impending issues with climate change, it appears sensible that technocratic responses should be more widely embraced.

However, technocracy is not a silver bullet to all the world’s problems. Yes, modern representative democracies need experts – and access to accurate information – as otherwise they descend into inefficient tyrannies of the mob. But, importantly, the role of experts should not come at the expense of democracy.

The recent technocratic responses to COVID-19 help illustrate this point.

The problem with (most of) the technocratic responses to COVID-19 in democracies worldwide is not that experts had an increased input in policymaking processes, but, that their input was not balanced with robust democratic processes.

Facts are important. They represent the cornerstone of our thinking processes and should be the foundation of proper policymaking. We do not, however, live in a vacuum where facts dictate our lives. We live in a much more complex world where facts co-exist (and sometimes compete) with beliefs, values, and norms.

Therefore, while scientists offer crucial facts for policy, if it leads to policy implementation that circumvents engagement with the “demos” then serious problems could emerge in the long run.

We have arguably seen the beginning of this process in the extraordinary decisions that have been made, at the behest of scientists to fight COVID-19. Enormous social and economic sacrifices have been made to prevent the spread of the deadly disease without any democratic consultation.

Indeed, it seems these sacrifices have paid off and the countries that quickly adopted drastic measures have had much better health outcomes than more relaxed countries. Because this was probably the right thing to do, the citizenry of these countries has largely accepted the necessity of its government moving quickly and without public deliberation.

Thus, the COVID-19 pandemic has shown that in times of crisis, some trade-offs are necessary: security vs freedom; health vs economic realities; and environmental protection vs consumerism.

Choosing where to draw lines and how to articulate these trade-offs, however, usually involves choices that are based on value systems. And this is where scientist inputs should stop and where democratic processes should start, even in times of crises.

The problem is that experts are called during crises and that these crises are usually sudden and take a government by surprise. The democratic processes of representative democracies are slow. Typically, elections happen every 3, 4, or 5 years. There is no time to develop a “pandemic programme”, call a new election, and let citizens chose between ideas.

However, rather than simply resorting to emergency technocratic responses, an alternative, more democratic response would be the implementation of deliberative institutions – involving both experts and ordinary citizens – that can be called upon quickly.

One mechanism of achieving this would be to convene special councils to combat a particular threat through using the ancient Greek technique of sortition: the random selection of citizens via a lottery.

Ancient Greece was a small city-state of no more than 30,000 citizens, so the use of sortition to drive democratic processes did not encounter problems with scale as it would in our much larger democracies today.

But modern solutions are available to this problem.

The ‘deliberative polling’ mechanism developed by Professor James Fishkin of Stanford University is one example. Essentially, how it works is that a scientific random sample of the population is retrieved and the chosen citizens engage in a deliberative process with experts on a particular policy matter. The outcome of the process is then used to guide policymaking.

To counter this, the deliberative polling mechanism creates a deliberative forum between experts and citizens whereby experts inform the citizens on a particular issue in a back-and-forth fashion. Ultimately it is the citizens – not the experts – that come to their own informed decisions.

Deliberative forums using sortition could offer an answer to the requirement of quick democratic input in times of crisis while avoiding traditional fallacious polling method based on self-selection that collects uninformed and distorted opinions.

Most importantly, it could also pave the way for a progressive reconnection between experts and the people, offering a democratic remedy at a time when many democracies seem largely incapable of democratically addressing the problems they encounter.

Nicolas Pirsoul is a recent PhD graduate from the University of Auckland.

Nicholas Ross Smith is an Associate Professor of International Studies at the University of Nottingham Ningbo China.