US Sanctions on Ethiopia: Good Policy or Violation of Ethiopia’s Sovereignty? 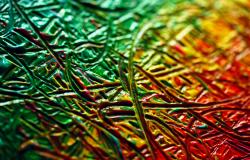 Teferi Mergo explores claims of state sovereignty by a regime increasingly embattled at home and abroad.

The recent announcement by the United States government that it is instituting a set of sanctions on Ethiopia due to the ongoing conflict in Tigray and elsewhere in the country, has been received with diverging opinions among the Ethiopian public, reflecting the contrasting views about the history and character of the Ethiopian state. Many with a pluralist vision of Ethiopia have welcomed the development with understandable relief, with the expectation that the measures will produce the intended outcomes. On the other hand, those who promote a unitarist view of the Ethiopian state have been vocal in their condemnations of the announcement.

Although it did not materialize because of lack of sufficient support, a major political figure in the country, Mr. Andargachew Tsige, had called an impromptu meeting and appealed to his supporters to “come out in millions and burn the US flag” to oppose the Biden administration. (Andargachew once claimed to have authored the roadmap for Ethiopia’s transition and is believed to be the key link between the Ethiopian Prime minister, Abiy Ahmed, and the Eritrean President, Isaias Afeworki.) Judging by the reactions of the various officials of the Ethiopian government, Addis Ababa appears to be seriously concerned about the implications of the new US policy, and rightly so.

The key argument that members and supporters of the Ethiopian regime are invoking in their opposition to the new US policy is the Westphalian conception of state sovereignty, which reinforces the strongly held view in some circles in the country that Ethiopia is an exceptional state, in whose internal affairs outsiders are not welcomed to meddle. Alluding to these sentiments, Mr. Abiy has referred to the US in a recent public event as a “young nation without history”, revealing the kind of thinking that might have led his country into a ruinous civil war. It appears that the young and gaudy leader might have expected that the US foreign policy establishment would continue to afford the Ethiopian government significant deference – as in the past – regardless of how it conducted its internal affairs.

The view that Ethiopia is an exceptional state – as professed by a segment of the Ethiopian political class – has serious detractors. The narrative that it is a country consisting of unequal nations, which had been cobbled together through imperial annexation by the Amhara ruling class only in the last century and half, has gained significant ground under the leadership of the Tigray People’s Liberation Front (TPLF). Arguably, the wars in Tigray, Oromia, and Benishangul are driven by Abiy’s apparent determination to reverse course and reimpose a view of Ethiopia that is cherished by the unitarist political camp.

More importantly, it is difficult to reconcile the image of Ethiopia as an exceptional country that nurtures its sovereignty, with the harsh economic reality it is facing. It remains dependent on foreign aid to meet some of the basic needs of its population. The US, its western allies, and the multilateral institutions in which they are important stakeholders send billions of dollars to Ethiopia every year, most of which is allocated as a budget support to the government.

Of the $13 billion dollars or so promised by the World Bank to Ethiopia for the current three-year period, nearly half of the funds had been earmarked for workers’ salaries in the five pro-poor sectors identified by the Bank, under the moniker of human development. The World Bank is just one of about twenty-seven countries and agencies funding Ethiopia’s pro-poor sectors (the sectors include education, health, agriculture, water, and social protections), endeavoring to contribute to economic development in the country. Ethiopia’s education sector alone receives over $1 billion every year from these sources, with World Bank’s share constituting less than half of the transfers.

Ethiopia is also heavily dependent on the planned – now uncertain – restructuring of its debt by the International Monetary Fund, without which it will be in default on the external debt it has accumulated over the years due to the persistent deficits in its balance of payment. Currently, the country’s international reserve can finance imports only for the next month and half. For all intents and purposes, therefore, Ethiopia is looking at the abyss in terms of economic activities, without the promised debt restructuring by the IMF.

Under these dire circumstances, the claim that a rational recalibration of their policies by the US and the other donor nations – to induce the Ethiopian government to hold an all-inclusive and meaningful dialogue with the federalist camp –   amounts to infringing on the sovereign rights of an independent state, does not make much sense. Unless being an “exceptional country” means dependence on the generosity of others for survival, it is difficult to reconcile the rhetoric coming from Addis Ababa with the difficult economic realities the country is facing.

Additionally, the sovereignty argument rings hollow, when one considers that Ethiopia is on the verge of collapse, posing serious risks and threats to millions of innocent human lives, regional stability, and World peace.  Although he came into office primarily through a popular protest movement – also known as the Oromo Protests – Mr. Abiy did not waste any time in ditching the largely peaceful movement and to hitching his political wagon with forces whose main mission was to undo the social and political changes that had transpired in the country when the Tigray Peoples Liberation Front (TPLF) was at the helm.

Working in concert with the Eritrean regime, Abiy’s government has instituted policies and initiatives that have put millions of lives at risk, and it is overseeing a devastating civil war on many fronts – with the war in Tigray capturing international attention largely due to its intensity, and insurgencies in Oromia and Benishangul gaining significant momentum in the last three years. Ethiopia today is “tense, deeply conflicted, dangerous, and bitterly contested by warring factions”, taking a giant leap towards becoming a failed state, thus quickly turning into a real danger to its people and international peace.

If the dangerous political course Addis Ababa is pursuing continues along its current trajectory, it has a potential of turning the Horn of Africa into an ungovernable mess, with seriously adverse implications to the international community.  Under these circumstances, the call by Western powers (who will be called upon to bear some of the cost of the war) for an all-Inclusive dialogue – to try to solve Ethiopia’s age-old political problems – is the least they can do. Great powers have from time to time led international efforts (including and up to conducting overseas military operations) to protect their geo-political interests and to save innocent human lives; therefore, the recent policy initiatives being undertaken by the US and its European allies with respect to the conflicts in Ethiopia are to be expected from responsible global leaders.

What Abiy and co. are framing as US’s intervention in Ethiopia’s internal affairs – invoking a Westphalian notion of state sovereignty and appealing to a diminishing sentiment among Ethiopians (Ethiopia’s dubious exceptional status) – can be understood rather as a concerted effort by the Biden administration to avert a potentially disastrous collapse of the Ethiopian state. The Western world, whose counsel the Ethiopian prime minister seems to have rejected, had considered him a worthy partner who could lead the effort to bring about the long-sought democracy and development in the country, likely facilitating his meteoric rise to power.

A contemporary phenomenon that the promoters of centralized Ethiopian state are also neglecting (in their rush to justify a brutal war that has victimized millions of people) and much of the Western world has been seeking to come to terms with, is “the global resurgence of cultural and religious pluralism … the quest for cultural authenticity and civilizational states” in the modern age. International Relations scholars are recommending to policy makers in the West to be thoughtfully cognizant of these developments while rearticulating their foreign policies to meet the challenges of the emerging multipolar world.

The current civil war in Ethiopia has been characterized as a manifestation of the contestation between unitary political forces that subscribe to Ethiopian exceptionalism as an ideology, and others that aim to promote cultural and linguistic pluralism in the country. The Tigray people are proud custodians of the Aksumite civilization, and it is very difficult to see them as part of Ethiopia where their identity is suppressed, and their collective destiny is determined by the central government in Addis Ababa. Similarly, the Oromo are reclaiming their Gadaa civilization – an indigenous democratic socio-political system recently inscribed by UNESCO as an intangible human heritage, which was suppressed for over a century along with the other important markers of their identity – and it would be unrealistic to expect them to buy into Mr. Abiy’s vision of Greater Ethiopia, where the Amhara identity becomes the dominant norm, once again.

Whereas thoughtful world leaders are cognizant of these developments and fine tuning their policies to meet the challenges of the 21st Century, Mr. Abiy and his regional partners appear to be stuck in the past – on the principle of state sovereignty that was designed in Europe to overcome the challenges of a different era, and is increasingly being viewed as a flawed principle of international law for the modern times we live in – to push the political agenda, and maintain the cultural hegemony, of the Amhara over all other social groups in the country.

Viewed from these perspectives, it is not entirely surprising that the Biden foreign policy team is rising to the challenge and sending a clear signal that it will not be deterred from pursuing a rational foreign policy objective in Ethiopia, regardless of a legalistic interpretation of current law pertaining to state sovereignty. It must be applauded and supported for initiating a policy change and processes that aim to hold the Ethiopian regime and its associates accountable for their gross and unacceptable violations of human rights.

Photo by Katie Rainbow from Pexels