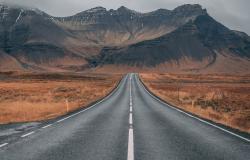 For other countries, BRI offers sorely-needed funding to cover infrastructure gaps, which helps to resolve infrastructure bottlenecks and promote long-term economic prosperity. It also offers a framework for South-South cooperation in economic, political, social, and cultural domains that may inspire these countries’ choice of development pathways.

Meanwhile, the BRI also entails risks for China and participating countries. The risks for China include an increase in US-China tensions (particularly the competition over geopolitical influence), unsteady international partnerships and the shifting economic prospects of countries participating in the Initiative. In addition, BRI projects have revealed credit risks, macroeconomic risks, legal and regulatory challenges, poor governance and corruption in partner states, low return on investment, and security risks. These risks have prompted the Chinese government to initiate a process of reflection and recalibration regarding BRI. For other countries, the Initiative involves high upfront costs with unpredictable returns. Complex local politics can shift projects into unintended directions, and climate change challenges mean deep uncertainty about the Initiative’s future.

Coined by a scholar from an Indian think tank in 2017, the term “debt trap diplomacy” was cited by two Harvard graduate students and then went viral with media promotion. The term suggests that China tricks countries into taking out multiple loans to build expensive infrastructure that they cannot afford and that will yield few benefits. According to this scenario, Beijing’s end goal is to take control of these assets from their struggling borrowers.

Academics studying Chinese overseas lending have disproved the existence of debt trap diplomacy. In fact, Chinese banks are willing to restructure the terms of existing loans and have never actually seized an asset from another country. Common sense begs the question: why would countries borrow from China if it did not serve their own interests?

Unfortunately, when lies are told a thousand times, they are often accepted as truth. The narrative of debt trap diplomacy is a case in point. To me, this narrative weaponized the anxiety and fear surrounding a globalizing China. Further, it is counter-productive to understanding Chinese lending practices and Chinese global engagement at large.

Existing BRI research suffers from three major drawbacks. First, they take a siloed, single-disciplinary approach without a holistic framing of the developmental impact of the BRI. Second, mechanisms for integrating multi-stakeholder perspectives are missing. Third, existing case studies of BRI projects are not assessed with clearly defined criteria. My proposed evaluation framework seeks to offer a holistic way of assessing BRI megaprojects that bridges the disciplinary divide. This framework would also integrate perspectives from a wide range of stakeholders into BRI decision-making. By proposing an assessment framework, I hope to inspire future research on BRI to systematically and objectively assess BRI project impact on the ground.

There are two overriding challenges in evaluating large and mega infrastructure projects under BRI. One has to do with methodology: the lengthy horizon of BRI megaprojects and myriad of factors affecting a countries’ economic, social and political development make it difficult to determine the real impact of BRI projects. Another challenge lies in data availability: the BRI decision-making process is largely a black box to international observers, as China does not publicize project-level data. For this reason, researchers have to piece together information from publicly available sources to understand project impact, but these sources are not always reliable.

China has been Africa’s largest trading partner and a major investor in the past decade, contributing to over 20 percent of the continent’s economic growth. China is also a major infrastructure financier in Africa, and the BRI is integrated into the African Union’s Agenda 2063. Recently, China-Africa cooperation has grown in depth and scope to include partnerships in health security, climate change and poverty alleviation.

Cooperation between China and African states largely focus on three areas. The first area is cooperation on infrastructure, which helps to boost economic growth in Africa and promotes Chinese industrial standards and technical expertise. Another focus is Africa-China policy dialogue, which strengthens diplomatic ties in times of heightened US-China competition. The third area deals with overcoming poverty: China shares its experience in poverty alleviation to help Africa escape the poverty trap.

The biggest challenge that I see in future partnerships between China and Africa lies in cultural differences. At a micro level, we have seen labor conflicts between Chinese companies and African workers because of cultural differences in the workplace. The difficulties facing Chinese companies in navigating legal and regulatory landscape in Africa also shines a light on normative and institutional differences. At a macro level, an “us vs. them” narrative could cause a perceptual gap between China and Africa that could harm future partnership.

Even though there is a heightened competition between China and the US in economic, political, security, and technological domains, I do not think a war between China and the US is entirely unavoidable. To me, the Thucydides Trap is not a self-fulfilling prophecy, but rather a worst-case scenario that should motivate leaders to design policies that are more sensible, identify common ground and promote cooperation.

Keren Zhu is a PhD Candidate at the Pardee RAND Graduate School. She is a fellow of the Global Governance Futures – Robert Bosch Foundation Multilateral Dialogues program (GGF 2035). These views expressed in this interview are her own and do not represent those of any institution with which she is affiliated.

Photo by Sebastian Palomino from Pexels