How Can Global Economic Governance Be Improved? 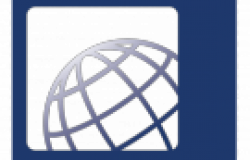 Jim O’Neill from the Emerging Global Governance (EGG) Project outlines his thoughts for 2018.

At the start of 2018, the world economy appears to have continued its cyclical acceleration, which was already underway late last year. In some ways, this is a nice surprise given so many issues that understandably worry people all over the world – many with potentially negative implications for world growth and development.

In addition to this overall pleasant surprise on the global economic front, virtually all of the world's top 10 economies by size showed signs of sharing in this acceleration, with the possible exception of the United Kingdom and India. This has certainly not been seen since before 2008.

Ever since the global economic crisis, one notable part of the world has been in recession and/or in some sort of crisis. But in 2017, Brazil and Russia both appeared to emerge from their own recessions, allowing the so-called BRICs countries to have their best shared growth performance in some years.

It was also quite encouraging that the Euro area appears to be enjoying quite a strong cyclical upswing and, once again, most of its largest economies, Germany, France, Spain and even Italy, whose economic recovery has been particularly challenging, are participating at the same time.

All of this together suggests to me that the world will enter 2018 with the prospects of real GDP growth of around 4 percent, something that we last saw before the 2007-2008 crisis. Looking back, that heady growth turned out to be unsustainable for various reasons, and, as is well known, the severe crisis that resulted has meant many economies have struggled for much of this decade.

While many commentators focus on whether the promise of these hopeful signs can be sustained in 2018 and beyond, a less discussed issue is whether global economic governance can be improved. I am amongst those who believe that it is naive to believe that economic crises can be avoided permanently, whatever the state of world economic governance. However, perhaps we might have a better chance of avoiding the kind of issues that led to the 2007-2008 crisis, if we improve our global economic governance. If the G20 had been a regular Leaders grouping then, for example, would there have been some focus on the build-up in leverage in the international financial system? Presumably there would have at least some G20 statement highlighting the inherent risks. Similarly there might have been warnings about the scale of international imbalances involving China and the US, and within the Euro area, between different European member countries.

In this regard, I continue to believe that the "activation" of the - until then - unused Group of 20 (G20) in 2008 was a major improvement in global economic governance, not least as it brought each of the BRIC countries into a club of the world's largest economies.

While there is not a huge amount of evidence that the G20 has done anything particularly collectively powerful since that first year the crisis arose, I am one of those that believe its joint actions, and the solidarity of 2008 were pertinent factors in ensuring that that crisis, as severe as it was, didn’t leave the world with the same degree of economic weakness that prevailed in the 1930's. While some may argue that much of the aggressive monetary and fiscal policy response may have been forthcoming, in my view the fact that it was presented as truly co-ordinated action across most of the world’s top economies gave it an impressive “shock and awe” factor that, without the G20, simply wouldn’t have happened. It is also the case that this represented the beginning of G20-wide financial regulatory co-ordination, with regularity, to aim for greater international coherence, and has remained in existence since.

Given the recovery that has occurred in the past 10 years and the need for various domestic excesses to be reduced, perhaps there was nothing else concrete that the G20 could have practically achieved in the intervening years. I have some sympathy with that view, although I am sure ongoing efforts to monitor and reduce some international imbalances might have been more successful.

I also would like to reiterate that each of Brazil, Russia, India and, of course, China, now having their own seats at this table is itself a fabulous permanent development. Furthermore, the G20 includes the next most important so-called emerging economies as well, including Mexico, Indonesia, Turkey, South Africa and South Korea (although the latter really shouldn’t be regarded as an “emerging economy” given that its wealth is now as high as many European so-called developed nations).

Can global economic governance be improved? If so, how?

I have written in the past (originally with the very first BRICs paper back in 2001, “Building Better Global Economic BRICs”) that inside the G20, it would be helpful if a " new G7" could emerge, a particularly crucial group that is more nimble in dealing with specific global economic policy issues, in particular, global monetary and macroeconomic issues - the core focus of the Group of Seven (G7) finance grouping in the past (and before it, the G5).

Of course, trying to shift the current G7 into a new one would be a significant political challenge, not least as it appears to be quite a "cozy club" of reasonably similar developed countries.

The fact that that group is no longer collectively important enough to deal with the kind of global economic and monetary issues it could once seems to be something that is often conveniently forgotten.

In particular, the current G7, of course, excludes the biggest of the BRICs, China. In my view, you cannot really deal with any truly global economic and monetary issue without China involved.

I would also question, as I have on other occasions, quite why all of Germany, France and Italy need to be individually represented in a group whose prime purpose is to deal with issues of monetary and exchange rate policy, when these nations have shared the same monetary and exchange rate policy for close to 20 years. By merging their representation into just one voice, the existing G7 would become a G5, and it could become a truly representative new G7, if China and India are justifiably added.

I would imagine there might be significant objections from a number of other emerging economies - not least, Brazil and Russia, if they were excluded - so I have another idea whose time may have come. Why not have a meeting between the leaders of the four BRI(C)S countries – Brazil, Russia, India and South Africa - as well as one for France, Germany and Italy, with the three "developed" European countries represented by the ECB President, and the BRICs countries represented by a new “BRI(C)S President”? This would mean a G6, rather than either a G5 or G7. Such a new BRICS “presidency” for the new G6 would be a natural next step in the evolution of the BRICS as a shared enterprise, building on their annual Leaders and ministerial summits, the New Development Bank and the Contingency Reserve Arrangement. Beyond these initiatives, the BRICS group have yet to achieve many developments as a shared group, and I believe a likely advantage of having their President represent them solely in a new G6, would almost definitely encourage them to take a stronger genuinely shared stance on a number of topics, ranging from shared polices on international health challenges to choosing a new leader for the World Bank, to name just two examples. This BRICS arrangement would also have the benefit of also bringing-in South Africa to the new, smaller and more focused G summitry.

Of course, as I said earlier, there would be a substantial case for China’s involvement alone, but at the same time, China often likes to still present itself as merely a developing country, and a partner of other countries in a similar standing. There is also no doubt the case that non-BRICS emerging economies such as Mexico or Indonesia might refute others participation in a new inner group inside the G20 that excluded them, but I think it would be quite straightforward for independent observers to highlight the benefits of such a defined new G6, in terms of effectiveness.

The sole purpose of the new G6 would be to operate under the broader goals of the G20, and especially when urgent monetary, exchange rate and macroeconomic coordination matters must be dealt with.

A key side benefit of the new G6 arrangements would be to encourage much stronger cooperation and collective purpose between the major Euro area countries and, of course, the BRICS countries. It would encourage them to evolve toward more effective groupings over which they would preside, in addition to providing new platforms for them to represent their shared interests better, on a global scale. It would also make it easier for the key global economic entities such as the IMF and the BIS to achieve their specific ongoing policy objectives with the help of a new inner G6 type group as defined. Whether this would result in a world in which all future economic crises could be prevented, I am far from sure, but it could make for a clearer shared purpose and improve the chances of achieving effective policy outcomes for the benefit of all.

Jim O’Neill (The Lord O’Neill of Gatley) is a former chairman of Goldman Sachs Asset Management and former Commercial Secretary of the UK Treasury. He is Honorary Professor of Economics at The University of Manchester and former Chairman of the Review on Antimicrobial Resistance. O’Neill began his career in finance working at Bank of America in 1982. He joined Marine Midland Bank as Economist for their International Treasury Management Division in 1985, and then Swiss Bank Corporation in 1988, supervising the fixed income research group, and SBC’s chief of global research. He joined Goldman Sachs in 1997, became head of global economics research and chief economist in 2001, and subsequently published the seminal paper on the “BRICs”. O’Neill obtained a B.A. degree in 1977, an M.A. degree in economics from The University of Sheffield in 1978, and a Ph.D. degree from the University of Surrey in 1982, with a thesis titled, “An Empirical Investigation into the OPEC Surplus and Its Disposal.” He authored the book, The Growth Map: Economic Opportunity in the BRICS and Beyond (Penguin, 2013 second edition).