Oil: Of Misnomer And Miscalculation… 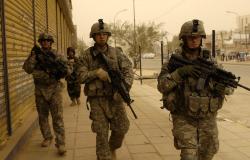 “No one will thrive in the current price environment. It is simply a matter of who will be best placed to survive the oil market’s annus horribilis and what lessons can be learnt for future crises.”

Allow me to deal first with the misnomer. What we have seen since the failure of the 5 March Opec+ meeting to agree to cut oil output is not really a “price war”, as it is widely tagged. Rather, it is ‘just’ the latest battle in a protracted struggle which kicked off at least as long ago as 2008 when the US fracking boom began. This struggle long predates the ongoing pandemic (even though Covid-19 has undoubtedly majorly exacerbated it); and it will, in my view, long outlive it. And it is, of course, all about market share.

As my former colleague at Lehman International Helima Croft (now with RBC Capital Markets) makes clear in her recent FT op-ed (see above), it is not easy to see any clear ‘winners’ here. Not today from the Opec+ agreement finalised on 12 April; and certainly not in the longer-term. And who, in any case, would want to be making long-term predictions for the energy sector with any degree of confidence given what we have seen in oil markets in the past fortnight? As one market expert commented accurately on my own commentary on the deal, there are just "so many moving parts that the probability outcome is very, very wide at the moment, even for a relatively close time horizon”. Miscalculations over oil per se are therefore even more inevitable than usual, in my view…and are certainly not going to be restricted to the likes of Hin Leong Trading!

In the light of this I was initially in two minds about writing yet another piece on oil. I was not, to be honest, sure that I had anything useful to add to the article published by Global Policy on 17 April. On reflection, however, I concluded that this was an opportunity to pick up where I had left off on that occasion, ie by looking at potential geopolitical implications of the price crash.

“The [fracking] industry, whose growth allowed Mr Trump to boast of cutting US dependence on Middle Eastern oil and freed his hand to sanction energy exporters from Iran to Russia, is now on its knees.”

Even if we put to one side momentarily the role of the more than doubling of US oil output since 2008 in triggering the war over market share, any consideration of geopolitics and the Middle East takes us first to Washington.

There is no question other than that President Donald Trump will do whatever he can to soften the blow to the US fracking sector — not only (or even primarily) for geopolitical reasons but also because of its importance to his already seemingly somewhat stressed reelection prospects. With the price of US benchmark WTI around its current mark (ie below USD11pb at the start of the week), analysts are forecasting a more or less immediate drop in total US output (from a peak of around 13mbpd) of 2-3mbpd. This could wipe out around 200,000 jobs in the sector itself and up to five times this number in sectors which support the actual oil producers.

Furthermore, the authoritative US Energy Information Administration (EIA) is now forecasting that the US will return to being a net importer of crude and petroleum products in 2020Q3. This, in turn, stands to reverse what Professor Meghan O’Sullivan, head of geopolitics at the Kennedy School of Government, has described as a shale-driven shift in “the global strategic environment” making “it more conducive to US interests”.

Exactly how Mr Trump will respond is not yet clear, especially as his efforts to help the sector domestically are running into some serious headwinds. But what is clear is that US policymakers are blaming Saudi Arabia (principally, at least) for the price collapse. Especially given Mr Trump’s well-established propensity for deploying trade measures for what one might loosely term ‘strategic purposes’, talk about possible tariffs on oil imports from Saudi Arabia (or even blocking imports completely) should therefore be taken seriously; as should pressure — from senators in oil producing states in particular — to withdraw military aid to the Kingdom.

Any pleasure which either Saudi Arabia or Russia (which is, if anything, even more likely to be the target of Congressional ire) is taking from what looks certain to be a big contraction in US fracking despite Mr Trump’s efforts may therefore prove to be short-lived. Furthermore, any related gains they make in market share may prove to be temporary. Both are far more dependent on oil-related revenues than is the US and need a major price recovery at some stage. If (when?) we do see Brent back around the USD80pb mark which the latter at least needs to balance its budget, it seems very likely that the US shale sector will be staging a significant recovery (albeit largely under new, post-consolidation, ownership in all probability).

“The [US} administration’s effort to promote Saudi Arabia as a regional proxy, to help effect its withdrawal, is also somehow oleaginous. The president’s Middle East consigliere, Jared Kushner, sees the country’s crown prince, Mohammad bin Salman, as an oil-important ally against Iran and potential ally for Israel. Mr Trump views the Saudis as oil-rich buyers of American arms and property.”

Meanwhile, we have something of a paradox. On the one hand, if US fracking takes as big a ‘hit’ this year as the consensus suggests and we do see something of an economic recovery there in 2021 (the IMF is currently forecasting 4.7% growth in US GDP next year, albeit with significant caveats), America is again likely to be heavily dependent on oil imports from Saudi Arabia. On the other hand, US measures to protect its domestic oil industry will surely blow even more holes in the already tattered Trump/Kushner dependency on MbS.

As Lexington goes on:

“The notion of American-Saudi co-operation to reorder the Middle East has rarely looked more fanciful”.

And The Winner Is…

“Some of Iran's leaders — and there is a danger that the chaos and uncertainty prompted by the Covid-19 crisis will simply strengthen hardliners — may feel that the US, given its own struggles at home, will have little enthusiasm for a set-to in the Gulf.”

If there is a potential ‘winner’ from a likely further decline in Saudi/US relations it is surely, as Lexington implies, Iran.

To judge from the recent uptick in confrontations between Iranian and US naval vessels in the Gulf, the BBC’s Jonathan Marcus is absolutely on the mark in his assessment that some in Tehran are already looking to exploit what they see an opportunity to strengthen Iran’s regional grip at America’s expense. And it is not only in the waters of the Gulf that Iran appears to be pushing the envelope. Consider:

Furthermore, Mr Marcus is also correct in saying that:

“…the Trump administration is doubling down on its policy of ‘maximum pressure’ on Iran, seemingly in the belief — not shared by the vast majority of regional experts that I have listened to — that the pandemic could ultimately prompt the collapse of the Islamic regime in Tehran”.

Unsurprisingly given the wider context, none of this appears to have had any impact on the price of oil. This could turn out to be just as justified as was the modest price action we saw in the wake of the US’s assassination of Qassem Suleimani, now seemingly all but forgotten outside Iran itself. But this is surely the point. The hardliners in Tehran may have been prepared to bide their time in January; but they almost certainly remain determined to avenge General Suleimani’s death in a more dramatic fashion than we have seen to date.

Mr Marcus’s concluding observations are therefore worth keeping firmly in mind, as follows:

“The US-Iran tensions might matter less if they had been temporarily put on the back-burner. But they clearly have not. And the risk of an accidental conflict erupting remains as great as ever; perhaps more so given that each may be misunderstanding the impact of the coronavirus pandemic upon the other's capacity for action.”

Furthermore, there is the ‘wag the dog’ angle. Senator Elizabeth Warren was not alone in suggesting that the decision to assassinate General Suleimani may have been made in part at least to provide a distraction from the then ongoing impeachment process. To be fair, Mr Trump’s aversion to putting US lives at risk in the Middle East is almost certainly genuine. But it may be outweighed by his aversion to possible defeat on 3 November.

With the oil market where it is today, is it entirely out of the question that Mr Trump, far from worrying about the negative impact of high gasoline prices on his election prospects, may even see some advantage in deliberate military action in the hope of distracting from domestic woes as well as providing a lifeline to US frackers by pushing the price of crude higher?

[Author’s note: This is an updated and edited (for context) version of an article which first appeared in Arab Digest on 27 April.]